The Day We Pretended to be Mounties 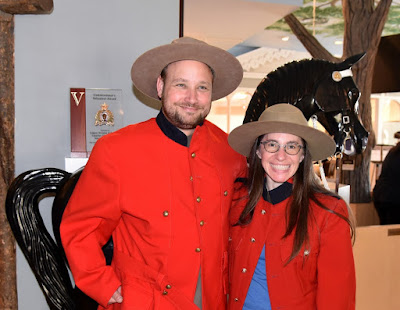 August 5 is Alberta's Heritage Day, where the locals celebrate their province's heritage. Fort Calgary is a major part of that heritage and they just happened to be hosting a day of events. We met up with another Consulate family and headed over there. 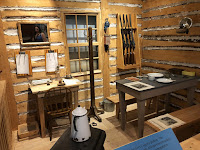 A number of Canadian forts were apparently constructed to crack down on illegal whisky trade (which apparently was caused by those neighbors to the south). I hadn't realized that was even a thing the British government cared about. Learn something new every day. There were RCMP (Royal Canadian Mounted Police) uniforms to try on, including several different styles of hats, and try them ALL on we did. There was also a horse statue we were not allowed to climb on but could pose near.

In the craft display the kids had the opportunity to learn finger knitting and make bookmarks. There was a series of "old town" type displays, with a replica main street and the kinds of establishments that may have existed along them a hundred plus years ago.

Wanting to spend some of the beautiful day outside, we headed to the giant checkers board where the kids played while parents chatted. Bored with checkers, the kids eventually borrowed some of the corn hole beanbags, made up their own way of tracking which piece was which, and played chess.
Posted by Lynne at 11:21 PM