After Zoltan's T-ball game this morning, we went to the library. While we were looking for books appropriate for Alex, Zoltan was also hovering over the bookshelves. All of a sudden he says "Zoney?" and points to the word "Zone" on the spine of a book. Then he reads the rest of the title. Then we go to the books Alex loves to get, the "my first reader" ones that are about 3 years below her reading level and let him pick one out. He knows none of the rules, like the silent "e" or how 2 letters sound together ("th", "sh", "ch" etc) but by golly the boy is reading!

To say we were not expecting this or preparing for it would be an understatement.
Posted by Lynne at 3:10 PM No comments:

When last we touched this topic, she had started coughing again. The M.O. is thus: 1. we get her coughing under control, thus far it has/had been exclusively through medicine. 2. She's fine. 3.She gets a cold (I am starting to think it is actually allergies) consisting of runny nose and a wet cough. 4. Around 1-2 weeks the wet cough subsides as it would with a cold, but then the dry cough begins. 5. Dry cough goes on forever, until we beat it down with medicine.

So, what did we do this time? As it went to *the* cough pretty quickly, consisting of hours of coughing including the middle of the night, we put her back on Ranitidine ASAP. And, simultaneously, cut out ALL dairy (have I mentioned that most margarine contains dairy - I have found one version of one brand that doesn't? And thank you Whole Foods and Fresh Market for carrying dairy free chocolate!) When the coughing was pretty well over and a good 3 weeks had passed, we took her off the meds again. Sure enough, within 3 days she had a runny nose and cough. BUT this time the cough subsided on its own (so maybe it was a cold?). I waited a good extra week before writing so as not to tempt fate. She is still coughing about once a day, which makes me think maybe it's dairy plus something else, but the something else is very mild.

Last weekend we reintroduced butter only, to see how far this thing goes. I know several lactose intolerant people who consume butter with no problem, and my own dairy issues don't touch butter, so we're really hoping. She had a couple of "excursions" with baked goods that likely had some dairy in them in the last few weeks, too. Will report back on what happens.
Posted by Lynne at 7:54 PM 1 comment:

We bought a car!

Our first large tangible step towards the new assignment. Kazakhstan follows Euro4 automobile standards which essentially means that neither of the cars we already owned could be brought to the country. Terry went to test drive one last night and in the end bought it!
Posted by Lynne at 7:16 AM No comments:

There's always so much to complain about, right? Well that isn't today's episode around here. I'm talking about the Emergency Backup Care system. It's an employee benefit that recognizes that most of us have 2 working parents and sometimes %#@#%&; happens.

The gist is this: when normal child or elder care falls through, State finds care (if you need it to, otherwise you find the care) and pays for it, with a nominal copay. You can use the service up to 5 times a year per kid.

Our situation: Alex's school closes its doors to Kindergarteners two days in May to show upcoming Kindergarteners what to expect. As it isn't a normal school closing, her afterschool care isn't open all day as it is on school vacations and such. We expected Terry to just take the day off and it turned out it was a day he couldn't take off. What to do? Call Info Quest of course!

Our regular morning babysitter is available that day to watch Alex. We'll pay her normal hourly rate for the day. We'll fill out a reimbursement form and send it back, and up to $90 will be covered; they cover up to $100 of care minus a $10 co-pay. $90 doesn't get a full day's care in DC but it defrays a large chunk and I am thrilled that this service exists.

If we didn't have a regular babysitter, we could leave the job of finding care to the fine professionals at Info Quest and they would find either a daycare/childcare facility or a private nanny. We can call the night before and get childcare arranged for the next morning - think "Snow Days", put into quotation marks because half the time there was barely any snow. These people have really thought of everything.
Posted by Lynne at 9:07 PM No comments:

Bubby makes her annual migration in May, and on all the years I've been in the USA she stops in VA for Mother's Day weekend. This year was of course especially poignant as we're heading back overseas this summer.


Why can we never get 3 simultaneous smiles and 3 sets of open eyes? 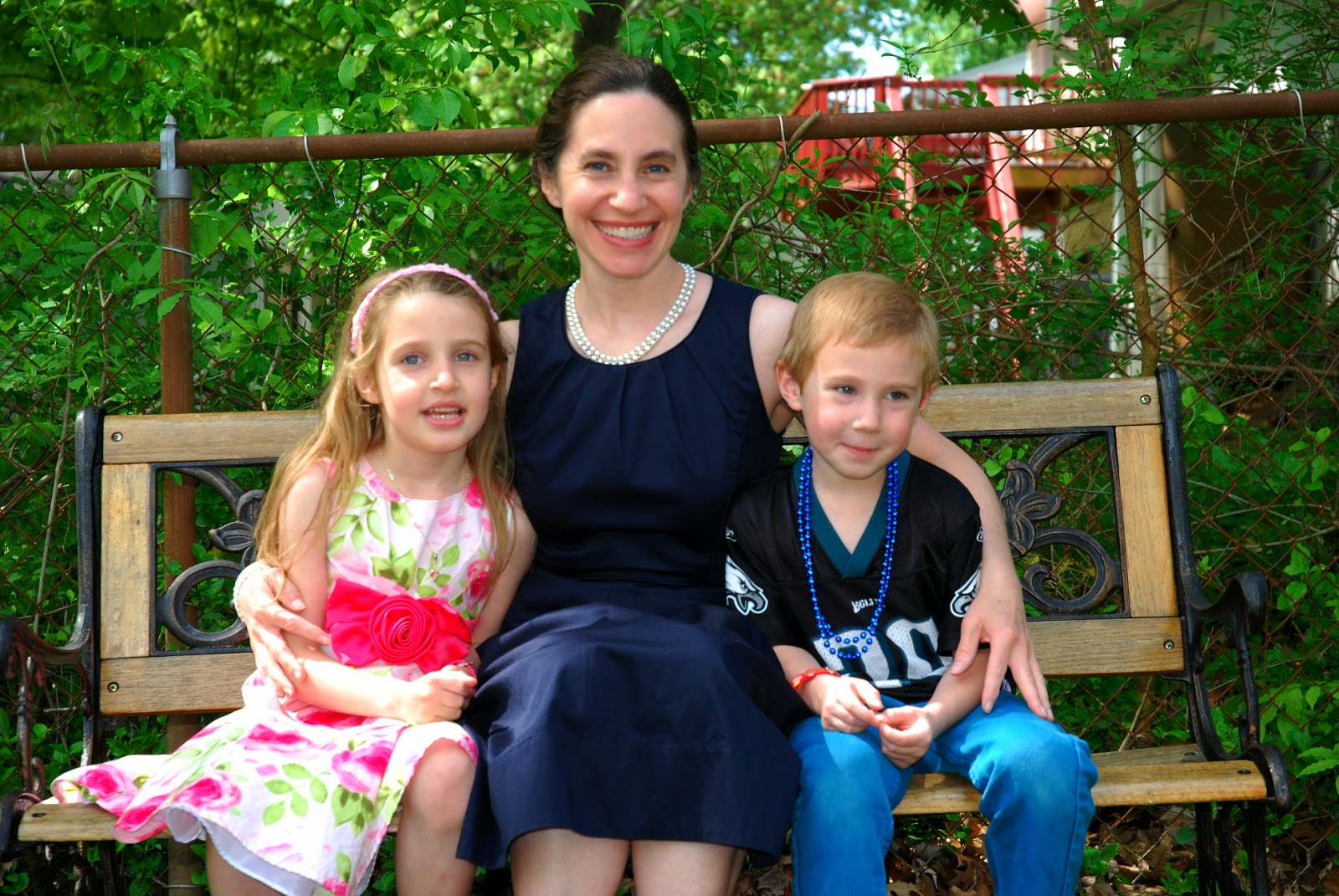 A sweet moment between daddy and daughter 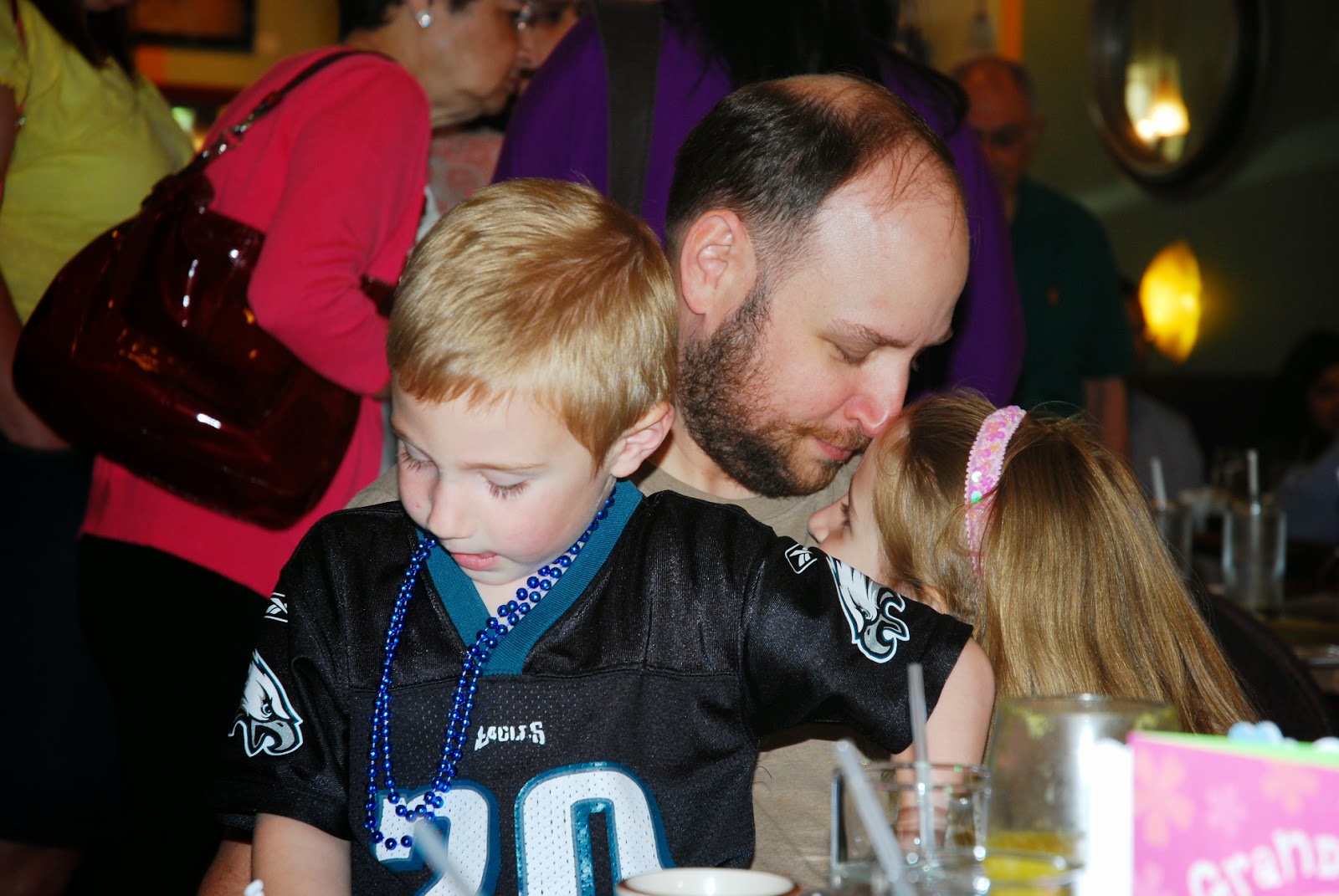 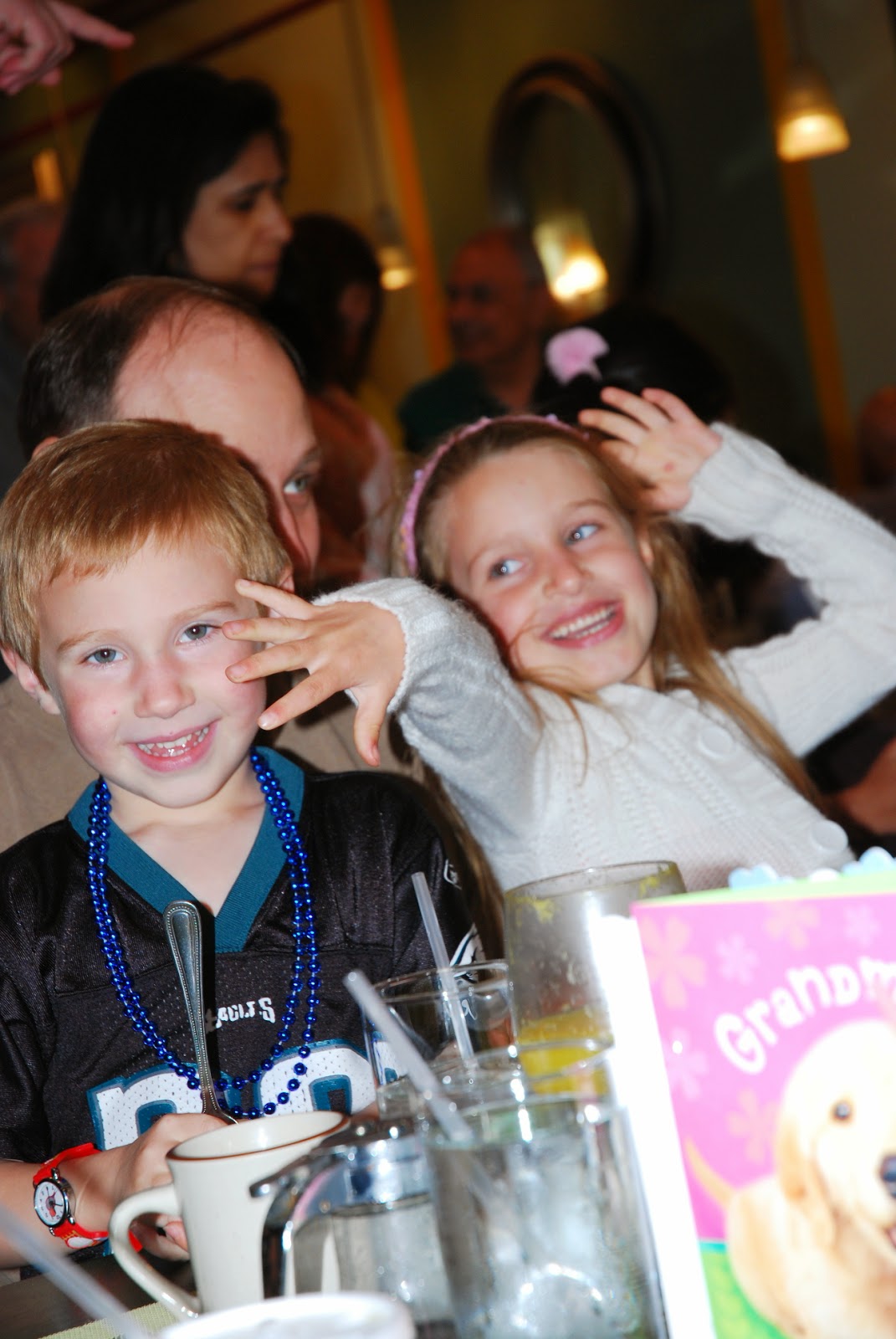 We're only missing one Madnick for the "Bubby + 2 generations" photo. 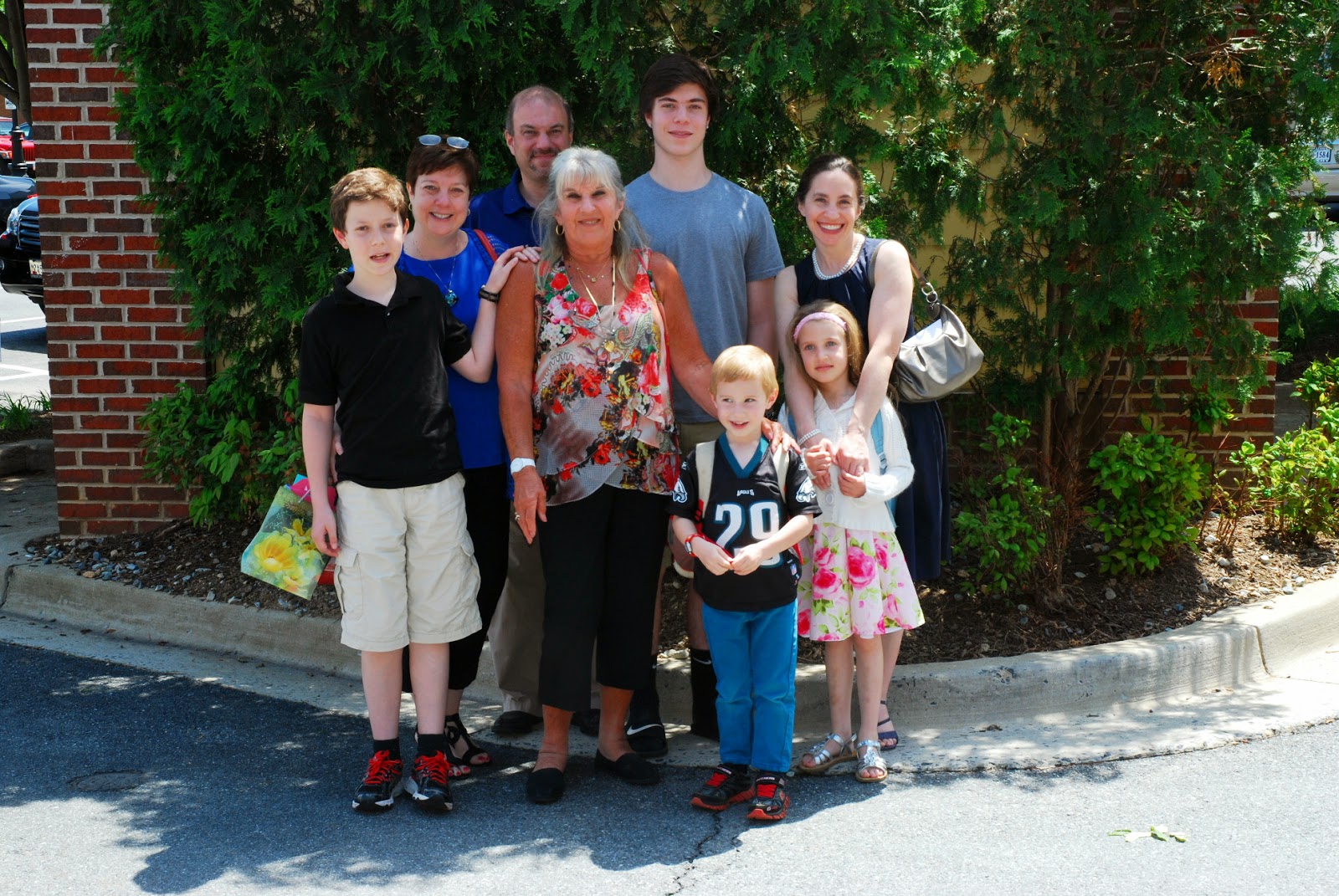 Is this where we are going? 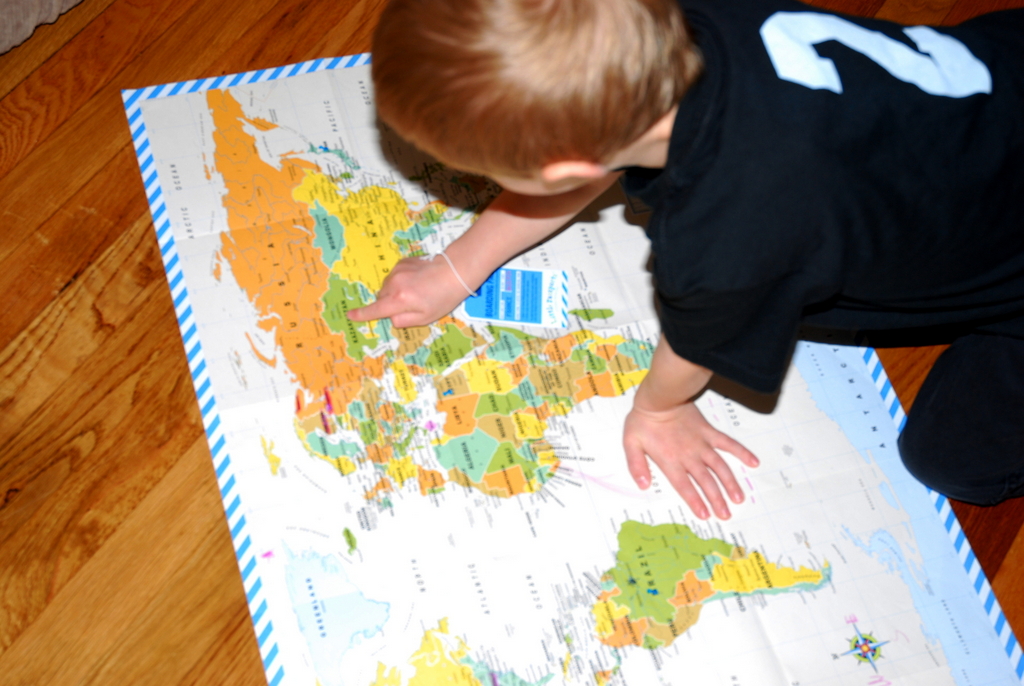 Yes it is Zoltan.  Good job.

We've met with the guy who will be managing the house when we rent it in our absence. He's a childhood friend, so I feel very comfortable with the situation. Based on his assessment, we know what we need to do to prepare the house and what isn't as important. Now we need to get quotes and determine when it will happen (so far so good, the first quote was well within budget although it leave Terry doing a chunk of the work).

We've gotten all the information from Post we can find and it turns out neither of our cars will be allowed into the country. So we need to buy another car. And it will be new or relatively new. It will entail a car payment, which is something I have avoided for my 40 years until now.

We're started our Consumables list. Astana is in fact a post wherein we're entitled to Consumables shipments, although at any post we put together a list of the food and other consumable items we love and can't get at post, for example Thai red curry paste. Or peanut butter. Chocolate chips appear to only exist in the USA. You get the picture.

We did a decent job of purging when we moved into this house, but as the baby years are now firmly behind us it is time to find new owners of the things we've held onto. And, of course, there is always more purging one can do.

My boots have survived 3.5 Petersburg winters (I got them during the first winter). They have no tread and owe me nothing. I have ordered the replacements. My down coat has kept me warm 4 Petersburg winters and also owes me nothing. After trolling all the usual suspects (Cabelas, REI, Lands End) I have determined that nobody has warm enough coats out yet. My fingers are crossed that this situation will change before August.

We're still working out the departure schedule and who exactly leaves when; i.e., will I get to fly alone for the first time in 7 years, thus blissfully sleeping through the red eye flight with no guilt or children pulling on me?
Posted by Lynne at 7:16 PM 1 comment:

Last weekend some folks from A-100 decided to hike the Billy Goat trail at Great Falls. Although I had lived in the DC area for 4 years, and now almost 1 more, I have never been to Great Falls. The rest of the family was at the cabin so I jumped at the chance.

The weather was amazing and the company just as good. A few shots from the day ... 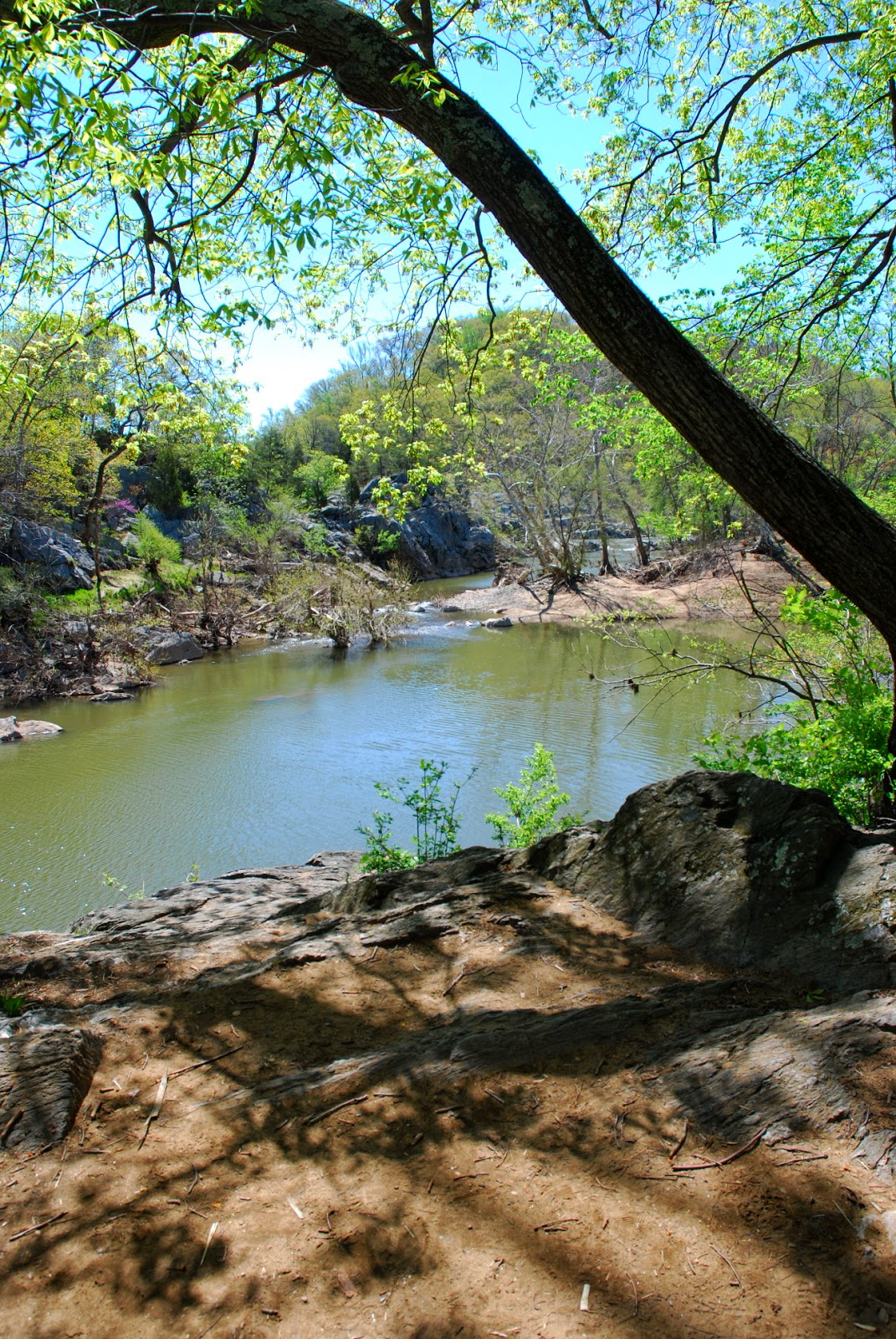 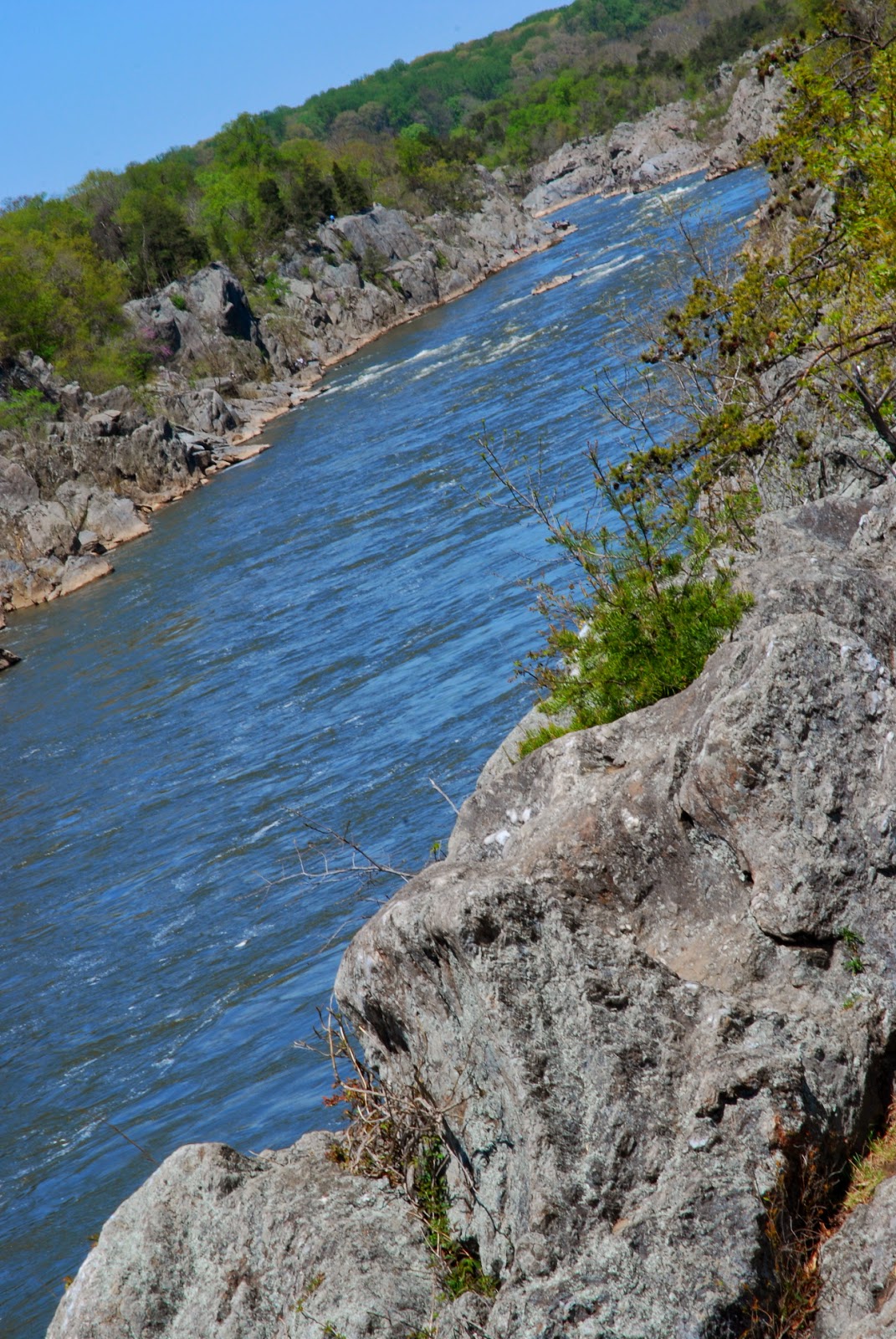 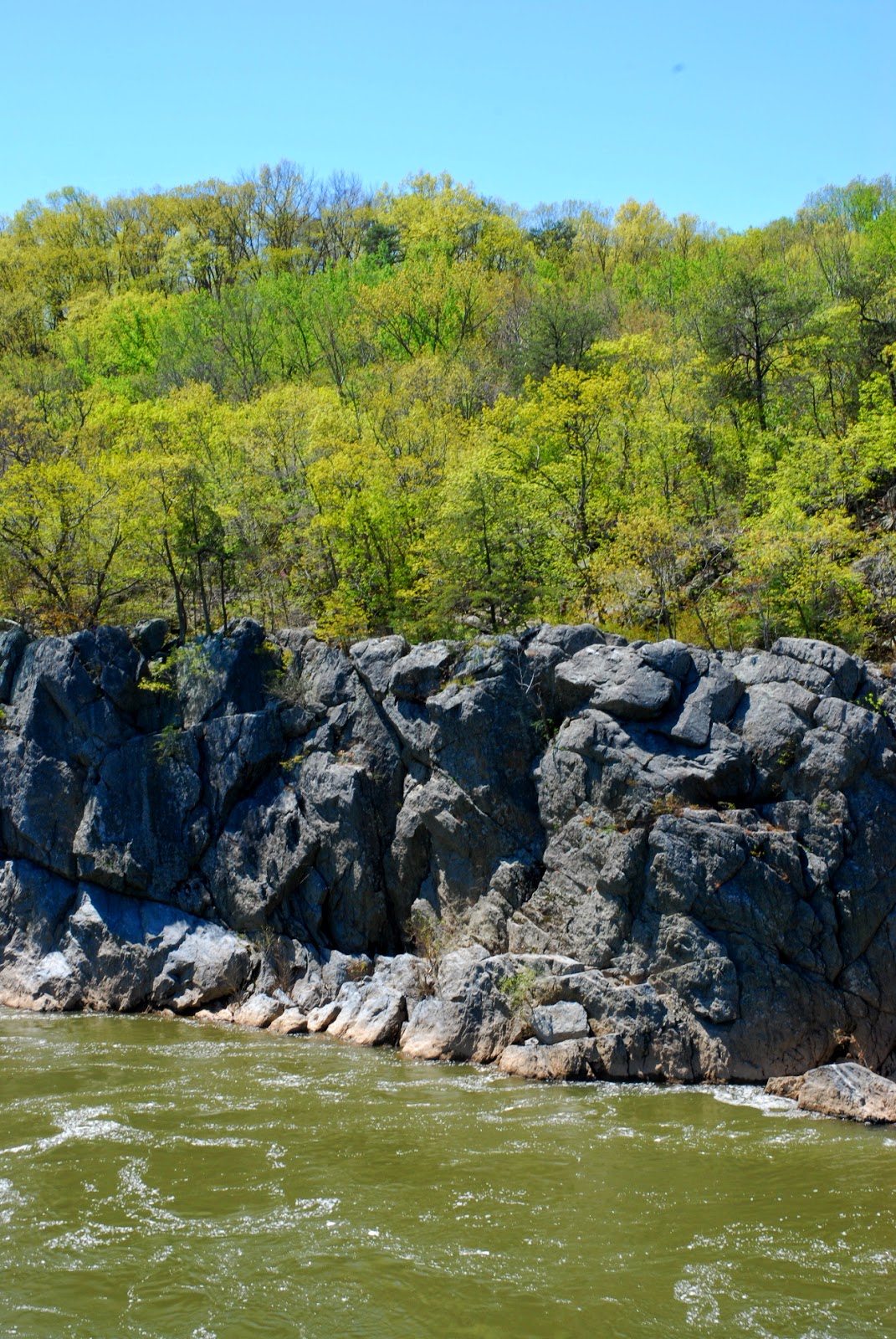 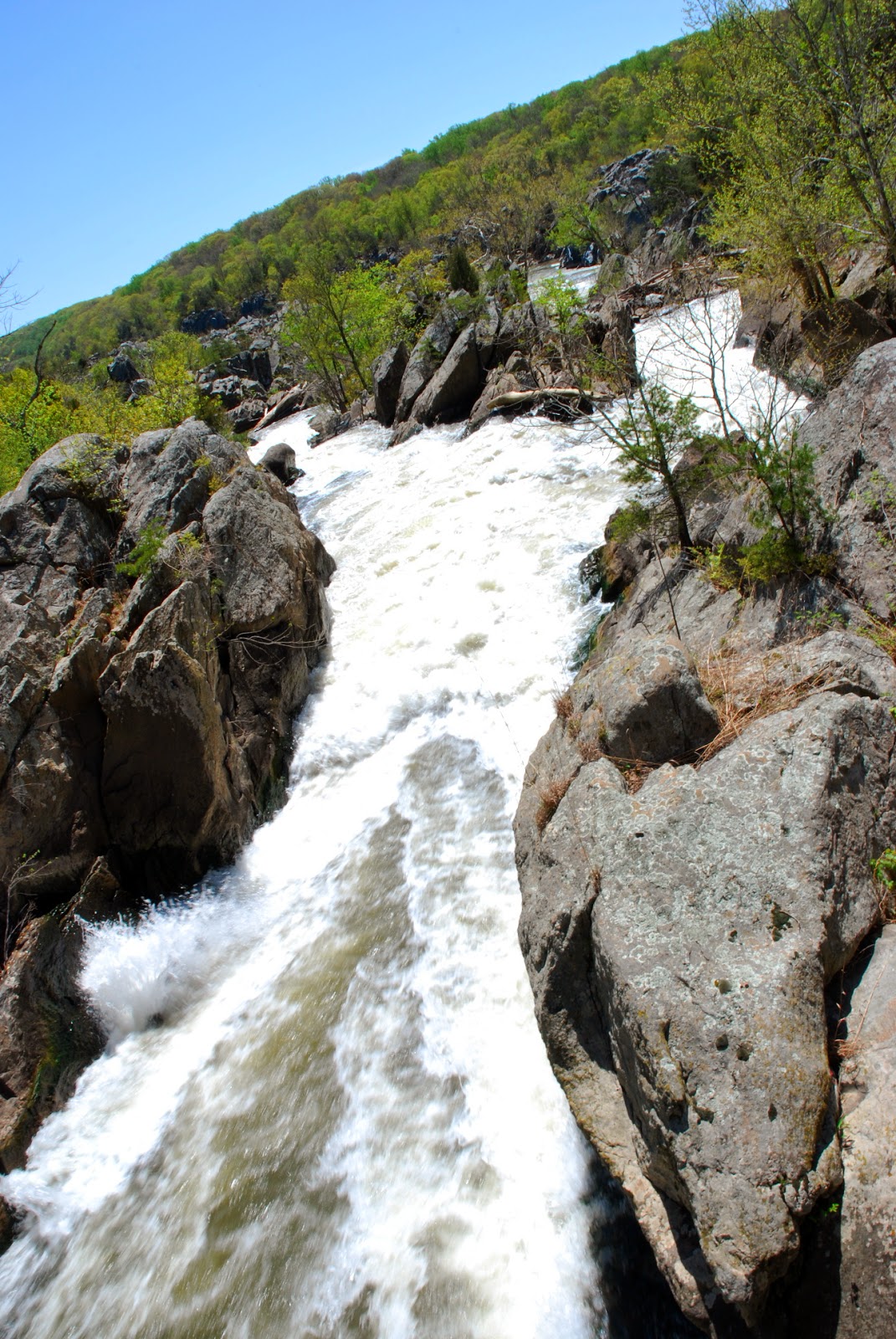