Maybe we aren't supposed to leave the cabin?

So our last two trips back to Maryland from cabin have both occurred during snowstorms that basically shut down the DC area. Maybe we are actually supposed to just stay there forever?

Other highlights of the MLK, Jr. weekend cabin trip:

Ricketts Glen. It is such a beautiful area and Terry just told me the story of Ricketts, who was a logger who clearcut most of the area but recognized the special wonderfulness of the place and set it aside to preserve/conserve. We all bundled up and took a short hike to some falls. Terry got some wonderful photos like yesterday's Wordless Wednesday. And some goofy ones, seen below ("Daddy, take my picture!") 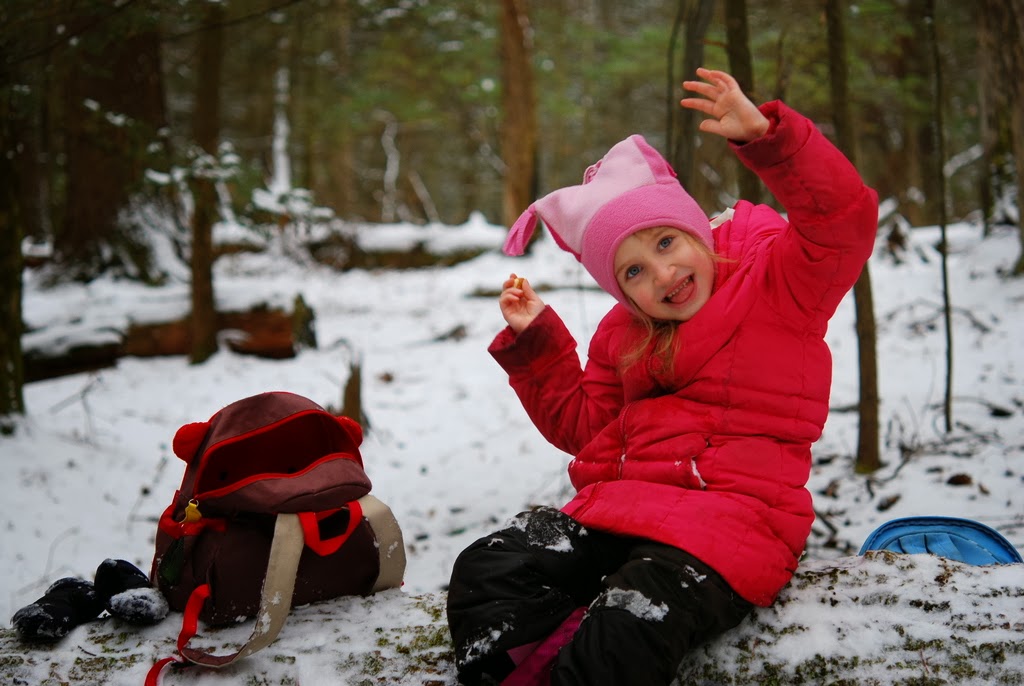 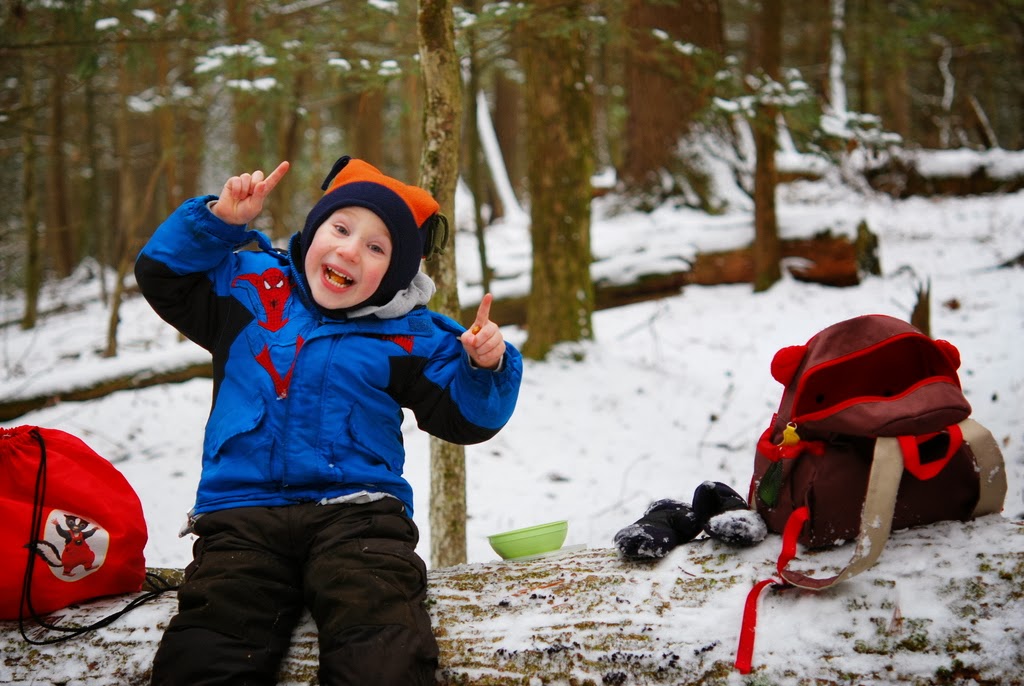 Zoltan's tummy bug. Not exactly a "highlight" but an important event. Especially important as we just realized last week that he had not puked since being a baby with spitup - which is only sort of the same thing. In four years the child has never had a tummy bug. Alex has puked once since she was two. We've been lucky here. But because I noticed it, something had to happen. Let the record show that we only replaced the defunct washing machine on our very last trip to the cabin. What a blessing that was! Four episodes within a few hours all in the late-to-middle of the night and only one made it into a vessel intended to receive the "offering". We did two loads of laundry and had two more we had to bring home in segregated plastic bags. Between Zoltan actually calling for me and my imaginations I slept all of four hours Monday night. Which leads to what I did in that sleep deprived state ...

Snowstorm 2014. I wavered a lot about whether we should just spend another day at the cabin (see the title of this entry). In the end, however, with Zoltan being puke-free for six hours and holding down water for sure, and crackers for maybe, we decided to try to get home. The kicker to this story is that we had driven both cars up, because we were taking up our new futon (that I never got to sleep on as it went downstairs, and I slept upstairs on the couch, see the item immediately above). I am not a great snowstorm driver. I am a bit hazy on exactly when we left the house and we did stop at Rite Aid for Pedialyte and the gas station for gas before really "beginning" the journey. I believe the door to door was right around 6.5 hours ... usual is around 5 hours. We spent too much highway time going 45 mph or below and it wasn't always my fault.

All in all though, we still love the cabin. Just maybe not so much in the winter.
Posted by Lynne at 7:00 AM