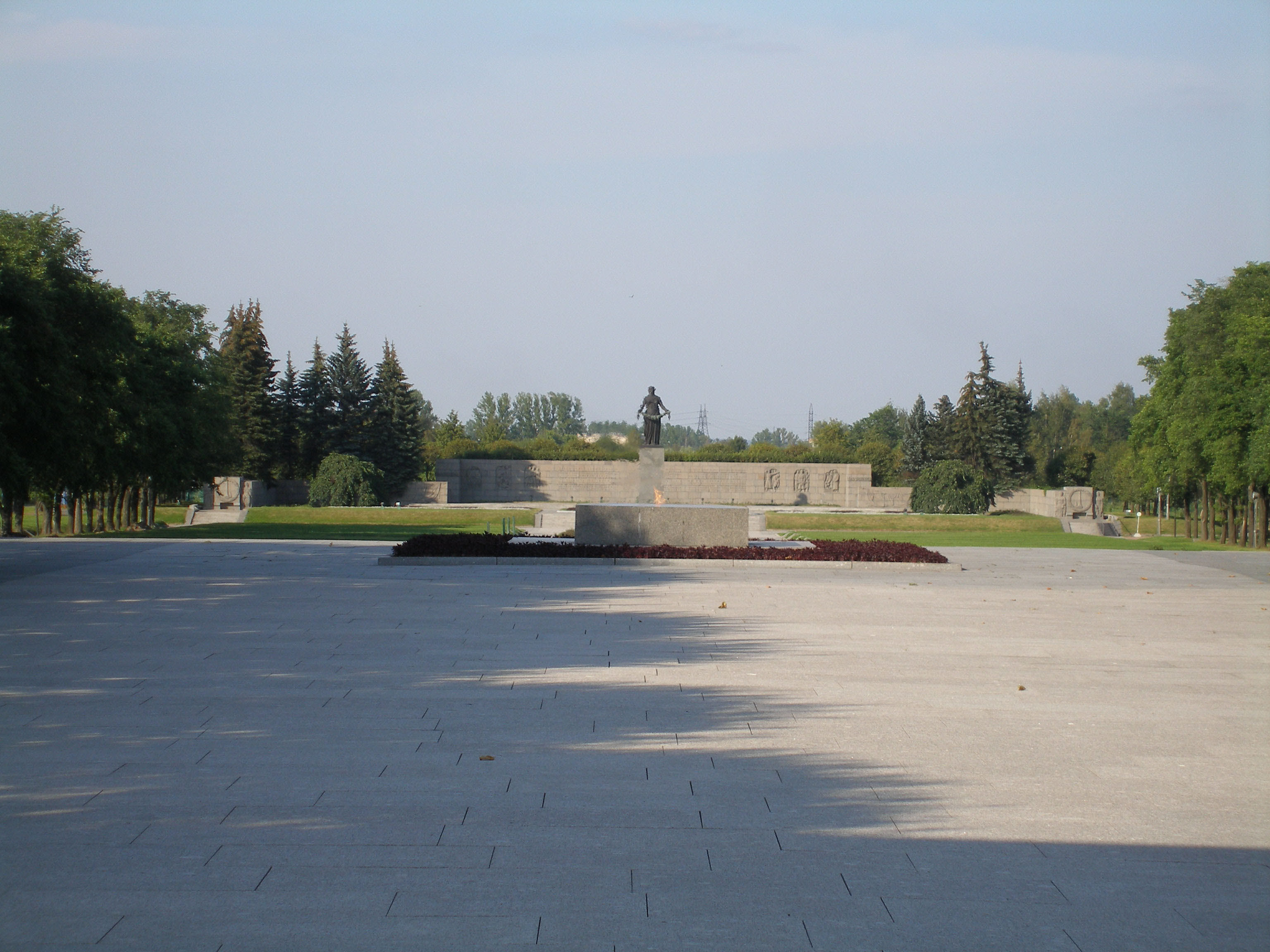 May 8 commemorates the day that WWII ended in Europe. As the capitulation document was signed after midnight Moscow time, May 9 is Victory Day in Russia.

In St Petersburg, there is a memorial ceremony on May 8 at Piskaryovskoye Memorial Cemetery. This is the cemetery where about 420,000 civilians and 50,000 soldiers of the Leningrad Front were buried in 186 mass graves.

At this memorial ceremony the full panoply of military, religious and diplomatic representatives are present and all members of the diplomatic corps lay wreaths. As it would be unseemly for the Consul General to carry his own wreath, volunteers are needed to carry it. Terry and I both volunteered and we both got the job.

We'd never been to the cemetery before, and it was of course one of those days that makes death all the more poignant - clear, sunny, warm in the sun and cool in the shade. Trees were starting to bud and some green leaves promised flowers to come. The ceremony was solemn and emotionally moving, very simple and of course we didn't really understand much of it. Our attention was largely focused on not dropping the wreath, which was not overwhelmingly heavy but awkward to carry. I am happy to say it made its way to its final resting place intact.

Then comes the surreal part. One of the honorary consuls general (a Russian) invited all the other diplomats to his car for a drink. Note I don't think it was quite noon yet, or maybe just on the other side. When we arrived we found a table set up with vodka, wine and zakuski (appetizers/snack, such as blini, pickles, tea-type sandwiches). There were many toasts that Terry and I are happily insignificant enough that nobody cared whether we drank or not, so we each got away with nursing a glass of wine.

Basically, we tailgated the memorial service. Woot woot to Russia!
Posted by Lynne at 2:00 PM