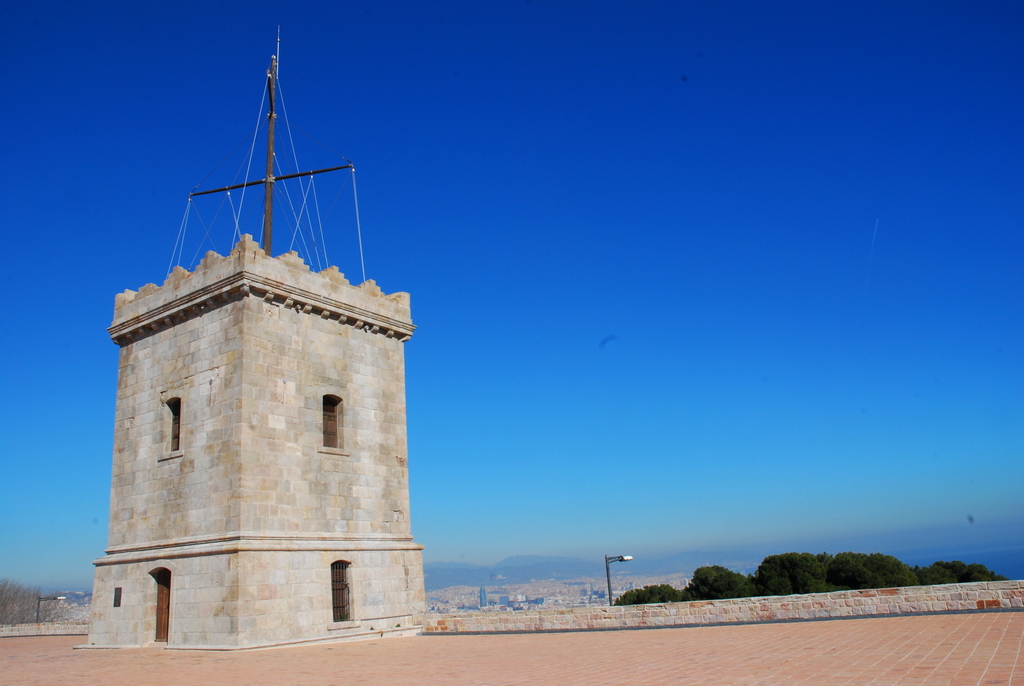 One thing to know about travelling to Barcelona in February: a lot of stuff is closed. No magic fountain, no cable cars, no Tibidabo. In some ways it makes things easier, not quite so much to decide between in our few short days.  On Tuesday we decided to see what we could find in Montjuic Park, which appeared from our map to host about a dozen museums and tourist sites.

We chose Montjuic Castle for the first (and as it turned out only) stop.  It is mostly a ruin, just the walls really, but the views are stunning.  Looking out over the sea one direction and what seemed to be all of Barcelona city the other direction, one could easily see why a fortress was placed here.  When we got to the top the kids commandeered a turret and happily played with their toys while I soaked up some sunshine and Terry took photos. 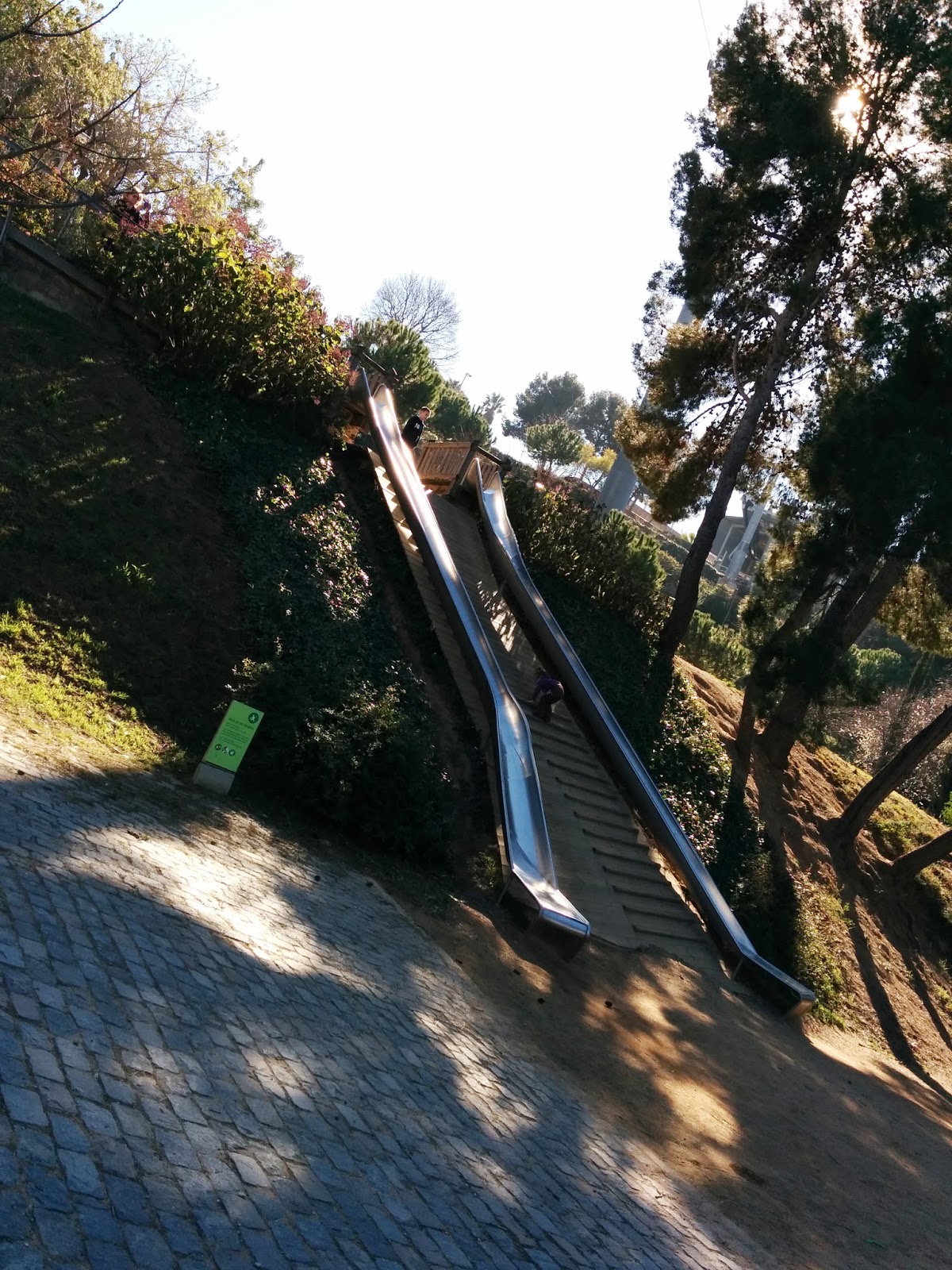 When we tired of the views we decided to wander the park and see what else there was to see.  When cutting through some greenery we saw this

Why don't more people take advantage of hills by building a slide right into it?  It is the shortest and safest way to get a kid from point A (high) to point B (low).  They had a blast going up and down, and when it was time to continue on Terry and I also popped on for the ride down.  And of course a few short meters along the path we came to a playground with a cafe next to it. Sadly, the cafe was not open or we could have sipped cappuccino and nibbled on something and been very refined while the kids acted like wild savages.

We could have continued on, but with the cafe closed and us not having enough snacks in our bags and being a no-nap day we were all getting grumpy so we cut it short and headed back.  There's a mall by the metro so we jumped in for some late touristy lunch, then decided to see if the mall had a grocery store (common in Europe. Why don't we do this in the U.S.?)  Yup, so we got a few things we needed then noticed a "bio store" (bio = organic).  I found my beloved Oatly milk that I discovered in Malta and grabbed some soy milk yogurt - what a treat! Should have gotten more as Alex ate hers then half of mine.  On the way home from the metro we stopped in the little grocery store/tourist goods store right by the metro and picked up a few bottles of wine. We did not buy the 1 Euro wine but seriously considered it.
Posted by Lynne at 10:00 PM