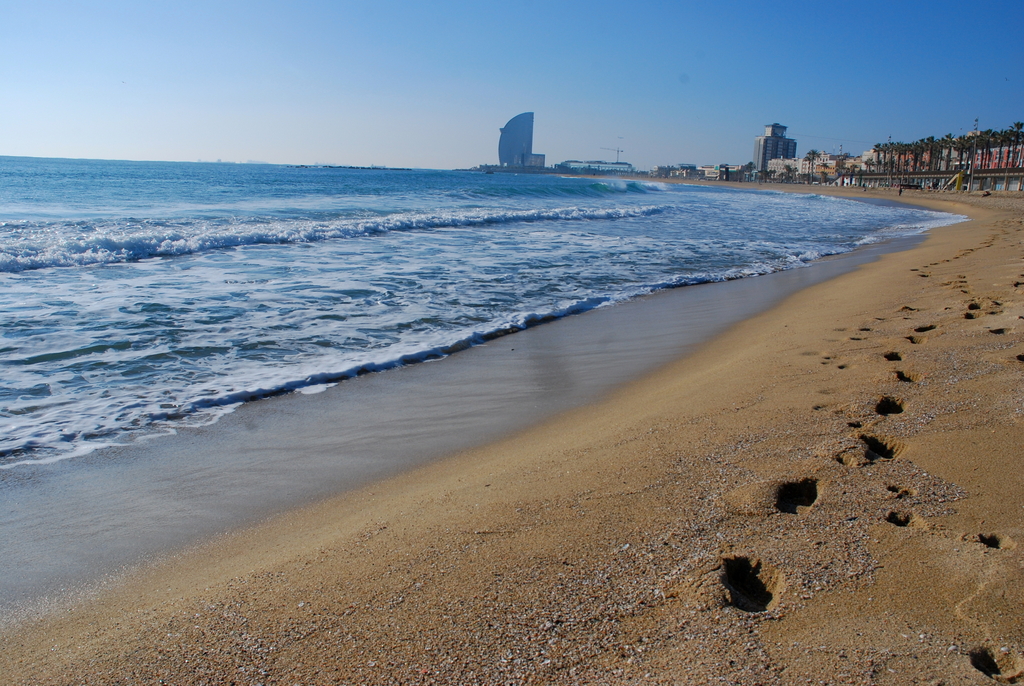 Sunday we were up bright and early, thank you jet lag.  By the time we had eaten, showered everyone and played a bit the sun was up and we went out to explore.

As in the ad for the apartment, the beach was only a few minutes away.  We encountered a playground on the way, though, so our arrival was delayed. The sun was strong, the kids played in the sand, then on the climbing structure, then we all looked for shells to bring back for the jar at the cabin of rocks and shells collected at beaches wherever we happen to be around the world.

After lunch and nap we headed out to Plaça de Catalunya which is supposed to be a major tourist site in addition to hosting a major tourist information office. And a hoarde of pigeons that the kids enjoyed chasing even as other tourists were buying birdseed at vendor stalls to feed them.  We didn't notice anything more spectacular than anywhere else, but did pick up some info and maps and wandered over to La Ramblas, a long promenade filled with shops and booths hawking anything a tourist could want.  We strolled and enjoyed the sunshine until the kids got tired and crabby.

We hopped the metro home with a recommended spot in mind for dinner, which was of course completely packed when we walked in.  Second choice was only half a block down and was empty.  It was also a very fancy seafood place where Terry indulged in lobster and I had turbot - can't remember the last time I had that! Alex gobbled up her jamon, and Zoltan was thoroughly unimpressed.
Posted by Lynne at 10:00 PM