Terry came for the kids' fall break and we took a road trip - something we normally don't do. Something we probably won't do too much again. But as the title indicates, it was epic.

We started with a plan to get to Pilsen early enough for one of the last Pilsner Urquell tours of the day. However, they were sold out so we got a tour for the next day. And for good measure, we went ahead and bought tickets to the Pilsen Underground tour for the next day as well. 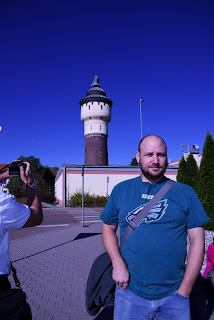 Terry and the brewery and a stunningly beautiful day

Pilsen has nice parks. The kids had a great time playing on a series of mosaic'd faces and animals they lay on the path between the town center and the Pilsner Urquell brewery. 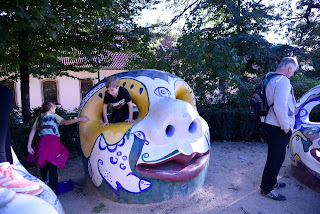 I've got to be honest - we have gone on a LOT of brewery tours. This was without question the worst. I don't know if our tour guide was new and didn't know anything or if this was the norm, but we spent a lot of time just waiting for things or watching a movie or two. For comparison, the Guinness tour was a 100% electronic experience and they still did a better job of getting the tourists interested in the brewing process and the history of the brewery.


Tour highlights: riding in the Czech Republic's largest elevator - in the brewery - then eating lunch in the Czech Republic's largest restaurant - on the brewery property. Other highlights included getting beer mugs for each of us and letting the kids get theirs engraved because, as Terry noted, this may be the only time Zoltan gets a touristy tchotchke with his name on it.

After lunch it was time to head to the Underground tour, which was far more interesting. To be fair, tromping through a city's hidden world is always going to be interesting no matter what, and it was a nice touch to have signs marking which street corners now-closed passages to the surface would have opened onto. Apparently people kept many of their valuables in the underground passages, to include, for some, their livestock. I can only imagine how that worked! 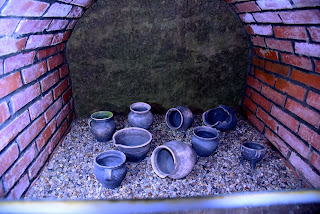 Another stop on our Pilsen experience was to the Great Synagogue. It was absolutely stunning and a testament to the size and wealth of some previous Jewish citizenry. 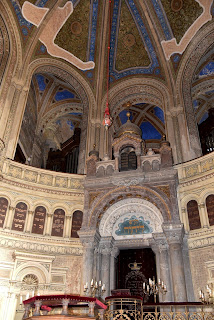