Our last "big thing" for the long week was a trip to the puppet show with a friend. The show was a riff off The Nutcracker, with a similar theme of a girl loves her Christmas gift nutcracker, dreams of him being real and there's a fight with the mouse king, but there the similarities end. The theatre did a great job of moving between puppets and actors, and employing some other media forms - at one point we saw a very short film about the history of the animosity between the nutcracker-prince's family and the mice. It involved kielbasa.

After the show there was the obligatory Ded Maroz sighting, and the actors were available for photos. The children also did some singing and dancing and as usual, although my kids knew the songs perfectly, they had no intention of joining in. No worries, they were happy spectators. 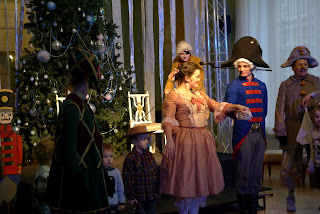 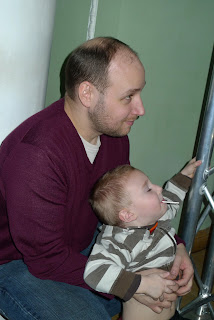 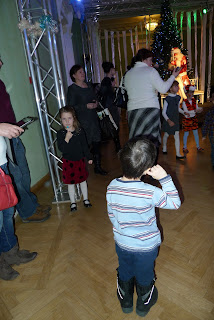