I've never lived in the DC area with kids, so I have never had reason to go to Port Discovery in Baltimore, although I had heard a lot of good things about it.

First, I'll say the kids had a great time and would have happily stayed even longer, but we had to get to our Virginia apartment early enough to make the grocery run and get the overtired, undernapped kids to bed before someone exploded.

The huge climbing thing in the middle of the museum was an awesome playground structure, although quite frankly I am not sure what it's "educational" purpose was. The kids spent an inordinate amount of time in the water world exhibit, either spraying and squeegeeing the window or constructing locks and dams for a ship to pass through or making a Lego boat float. 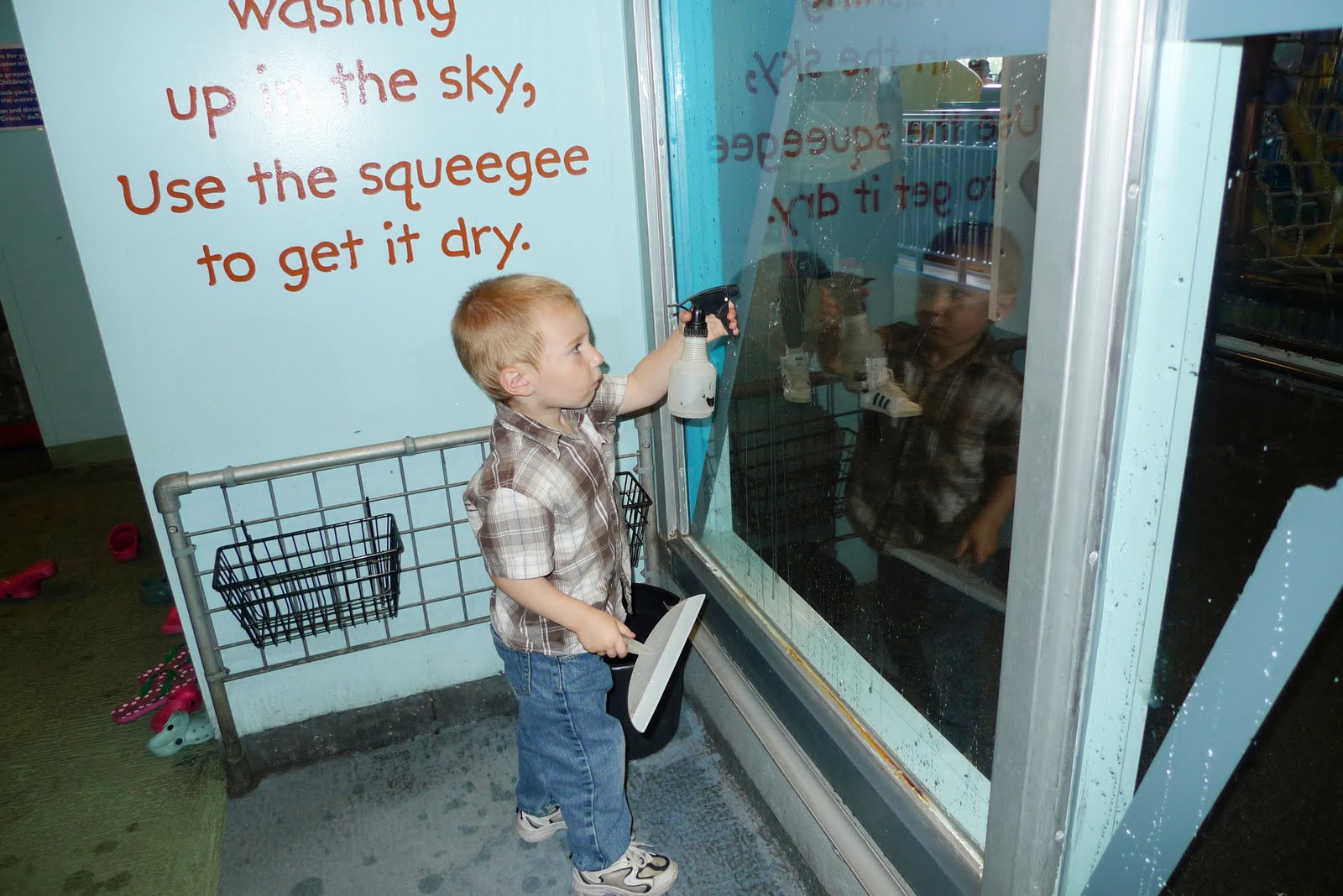 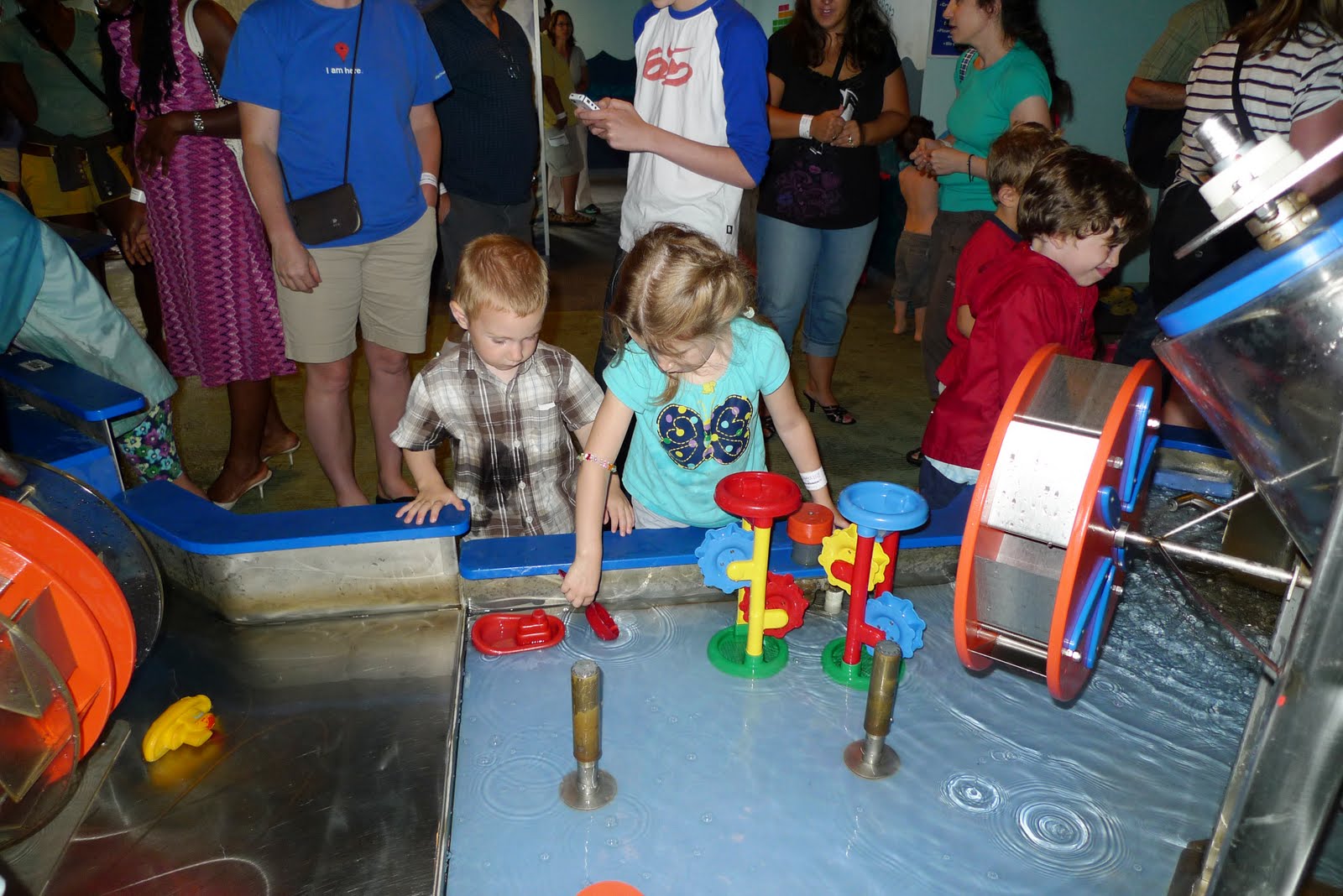 Zoltan was in heaven in the pretend train (he even pushed a littler kid who wanted to get into the engine room, oops) and in the pretend gas station (mostly in the car itself, although he did also service it with gas and air in the tires). 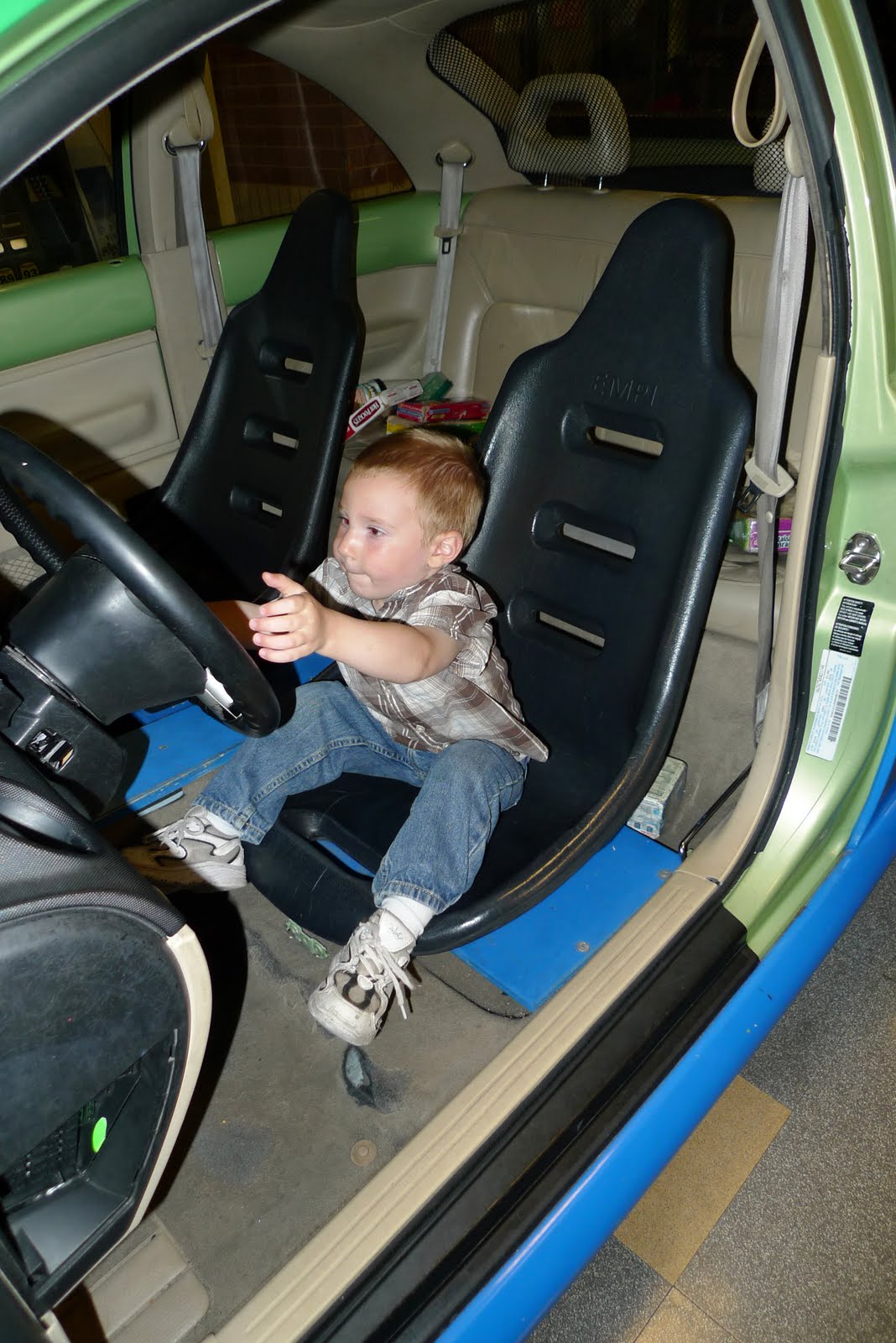 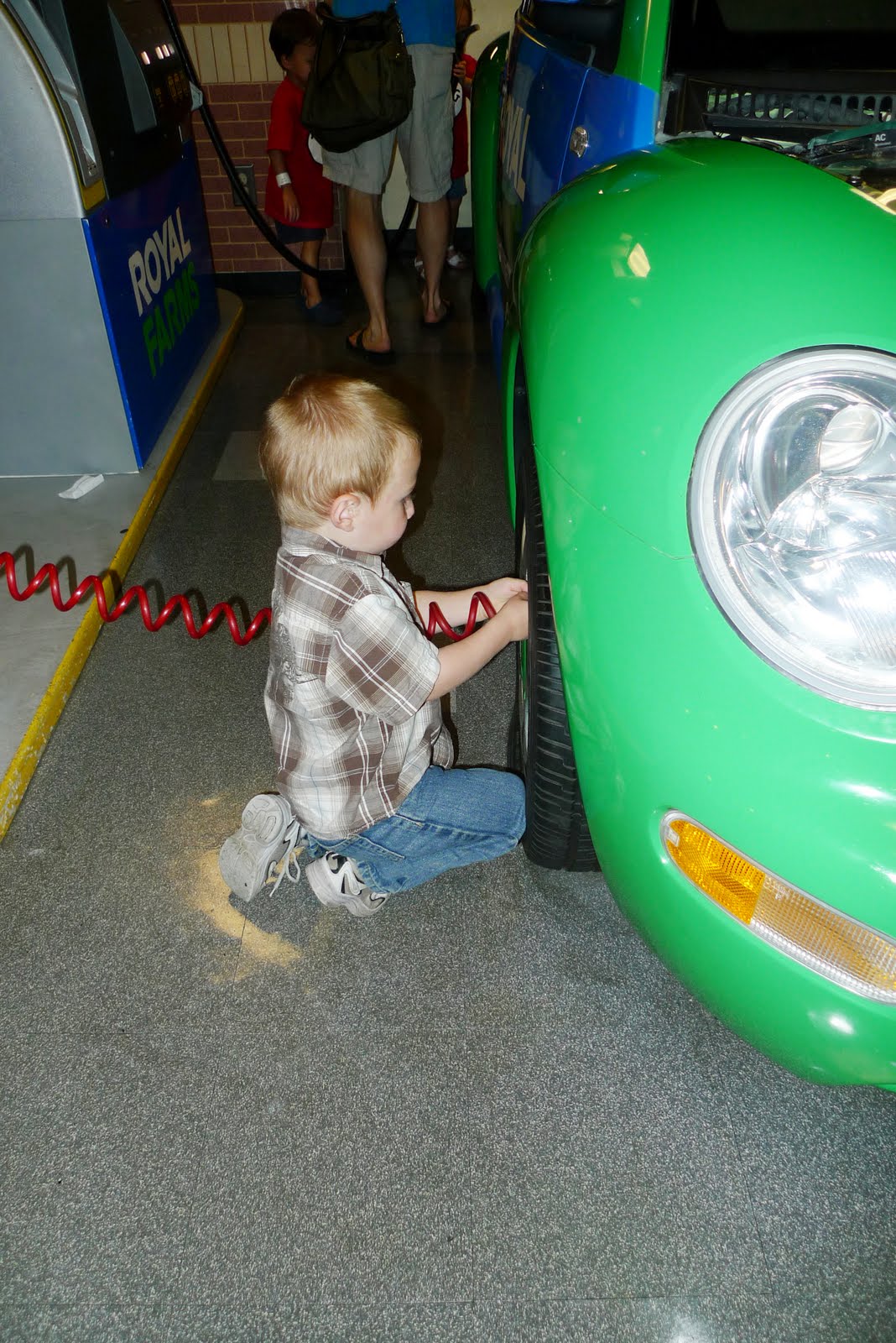 Alex spent most of her time in the big playground structure and the water room. It's also very nice that they have a cafeteria room with tables and you can bring in your own food; I just wish we had known that as I ended up running to 7-11 for pizza for the adults and the kids ate snacks.
Posted by Lynne at 2:07 PM