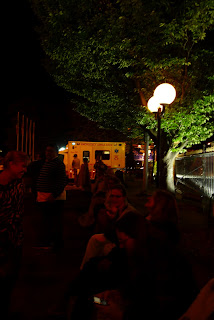 We now have fabulous fodder for our upcoming discussion on crisis management and personal preparedness! Around 2am those who heard the alarms from their rooms were awakened, the rest of us had hotel staff pounding on our doors (of course I assumed it was drunks and I opened my door to yell at them and noticed the smell of smoke).

I really hope we get to start late tomorrow. Oops. Today. 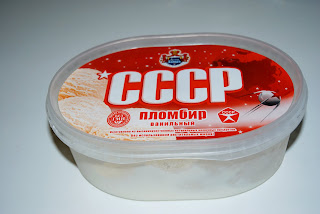 We keep forgetting to put this up. This is our favorite of the plain vanilla non-gourmet ice cream and not just because of the cover!
Posted by Lynne at 2:28 PM No comments:

In the last 4+ years I have spent exactly one night alone - the night before I took the FSOA. Now I'm about to accomplish two huge feats - (1) I am going away for a week of training for my job, and (2) I get to do it in Dublin. I have wanted to visit Ireland forever, seriously it has been on my wish list for more than 20 years and somehow it never happened.

AND, Ireland will be the 40th nation I have visited in my life. I'm hitting 40 by 40 a bit more than 2 years early. It's a tiny bit sad not to celebrate that with my family but then they weren't with me for most of the other places so I guess it isn't too awful.

The real question is whether I will end up being a little crybaby being away from the kids for a whole week. Wanna place bets?

Friday I was asked to go as a representative of the Consulate to a youth hockey tournament being held in St Petersburg. The tournament has three teams from the United States so the consulate shows support in going. My job was to go to the opening ceremony. It was a non speaking role and there was interpreters there so it seemed like it was in my realm.

The event was pretty fun with some interesting things worth sharing. The first big thing is I meet Vladislav Tretiak. For those not familiar he was the goalie for the Soviet Union on the national (Olympic) team.  He played in the Olympics from 1972 to1984.  The only year he did not win the gold was the year of the infamous miracle on ice.  He was the goalie pulled at the end of the first period.  He was one the guys we all grew up hating and dreaming of beating when we became famous hockey players. My oh my how the world has changed since then. He seemed like a nice guy.  Granted I didn't have any lengthy conversations with him.
The second in true Russian fashion. There was a small luncheon after the opening ceremonies. One gentlemen offered me wine. I used some of my limited Russian to say no thank you. Then he proceed to say something to the gentlemen sitting next to me. This second gentleman looks over at my place setting and starts pouring me a glass of vodka. Clearly between them they decided that if I didn't want wine then I must want vodka.
Posted by Terry at 1:58 PM No comments:

This would happen in Philly

A friend of mine was on his way to the airport and either his taxi cut someone off, or someone cut his taxi off. They drew up to a light and the drivers both jumped out of their cars. They proceeded to beat up on each other until they light turned green. Then they both returned to their cars and drove away. I only heard the story, didn't experience it, but it was like a taste of home.

I have raved about my fabulous nannies before, although possibly not on the blog. I figure let's put a little photographic evidence as to why they are so super awesome.

"Club house" window shades and a flower box... and detailing 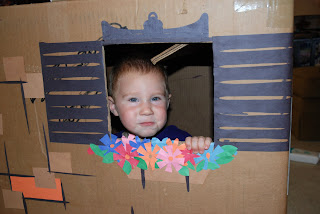 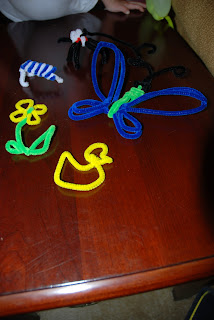 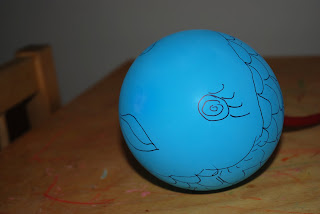 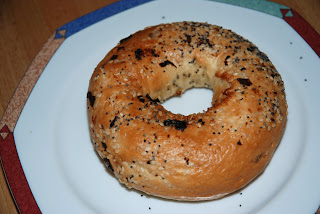 It's been almost a year since our friend's husband somehow met a Russian man who had lived in New York a long, long time. This prodigal son just happened to be a baker. And he learned, in New York, how to make bagels.

For me, bagels are the thing I forget that I miss until I have a real one (aka NOT Lender's). So last fall I ran a test order for the Consulate and our CG sponsored a "Bagel Day" morning so everyone could enjoy the treats. The bagels of that first batch were ginormous. Although I thought the taste was great, the slightly off texture distracted Terry too much to love them.

The next couple of orders I ran - every few months as even the bagel lovers need a bit of time to want them again - we held off. This last week we decided to try again and oh! what a good decision that was. They have clearly been tweaking their recipe and although still not quite chewy enough for a true New York aficionado, they are soooo close it isn't really even worth saying anything about it.

We had some issues with the delivery guy and in the end the partner of the guy I'd been working with brought the bagels on his way to another delivery. When he tried to explain where they had moved - way out by Peterhof - he told me they had gone "Upstate. Well, not exactly like upstate..."

I kinda seriously love these guys.

Because our home leave address is more than 14 transit-hours from our post, when we go to post for the first time (aka PCS or Permanent Change of Station) we are permitted to stay overnight at our plane-changing location - called a "rest stop". A long, long time ago we would have gone business class and straight to post. While I internally yearn for the business class seat, with our children at this particular stage in their lives, I actually really appreciate not having to get on the 3rd plane after 18 hours of sleepless transit.

So there we are in Amsterdam, with our mountain of luggage that's only a mountain because it has to include 2 car seats, the double stroller, and any luggage at all. We look like death as we haven't slept in a very long time and have had to spend every ounce of our being keeping an 18 month old and a 2.5 [editor: oops! 3.5. Thanks mom.] year old from completely melting down in their sleep-and-proper-nutrition-deprived states. And then .... a very friendly and enthusiastic woman who's clearly waiting for someone coming off the plane breaks away from her family comes over to us and asks in perfect American English if we're from the embassy. Our jet lagged haze made us first look very confused, because we're from a consulate and then we realized - this lovely woman was a sponsor to some new family coming to post in the Netherlands. How cool and small world is that?
Posted by Lynne at 1:14 PM 5 comments:

We have been making jam since the early-in-the-relationship strawberry picking date landed us with waayyy more berries than we could eat or pie. Turns out, though, only Americans use commercial pectin in our home-jam making. At least, we can't find pectin in stores anywhere else in the world. So we started looking into making our own pectin.

Supposedly, it's quite easy: chop up some underripe apples; simmer them forever in just enough water to cover them; strain through cheesecloth overnight; boil the resulting liquid until it has halved. We did this last night/this morning.

Today the weather was perfect - sunny and cool. We decided not to travel so far outside the city and instead set our sights on the recently-opened New Holland Island. Sadly, it's an "I can see it but I can't get there" place, so we aborted the attempt and decided to stop by Sennaya Ploschad instead and see what produce they had. Peaches were cheap enough and hard enough to find jam-wise here, so we decided that would be our test batch.

You can't find jam recipes that include homemade pectin because it all depends on the pectin content in the liquid you have on hand. So we muddled through and got ... peach syrup. It was our backup plan as maple syrup is ridiculously expensive and I love my pancakes, however it means we had too much sugar or not enough pectin. We'll try again someday and report back.

btw - today's culinary explorations included some old favorites - waffles, cobbler (blueberries at Sennaya!) - and a first try at plov (an Uzbek dish). Thank you to my friend who taught me how and my other friend who took much better notes than me :)
Posted by Lynne at 2:44 PM No comments:

Zoltan spends most of 4 days each week with a Russian nanny. It seems the Russian is starting to seep in. He definitely understands a lot ... and this week he's starting to say "Mamy" (pronounced Mamoo). It's accusative case, and in one words it means "I want mommy." Just in case I wasn't sure that was what he was really doing, today he alternated. "Mamy! Mamy! I want mommy!"

Next week he'll start negotiating at the rinok for us :)
Posted by Lynne at 10:58 AM No comments: