Yesterday might very well have been the first snow day that we were actually in Maryland for and that I decided was completely legitimate to shut everything down. It doesn't hurt that Alex was under the weather anyway and I am now looking directly into the whole "two working parents" thing starting in just a few weeks, so that a family snow day is especially special.

Here's Terry measuring the snow in the back yard. If you can't see, it's 11". 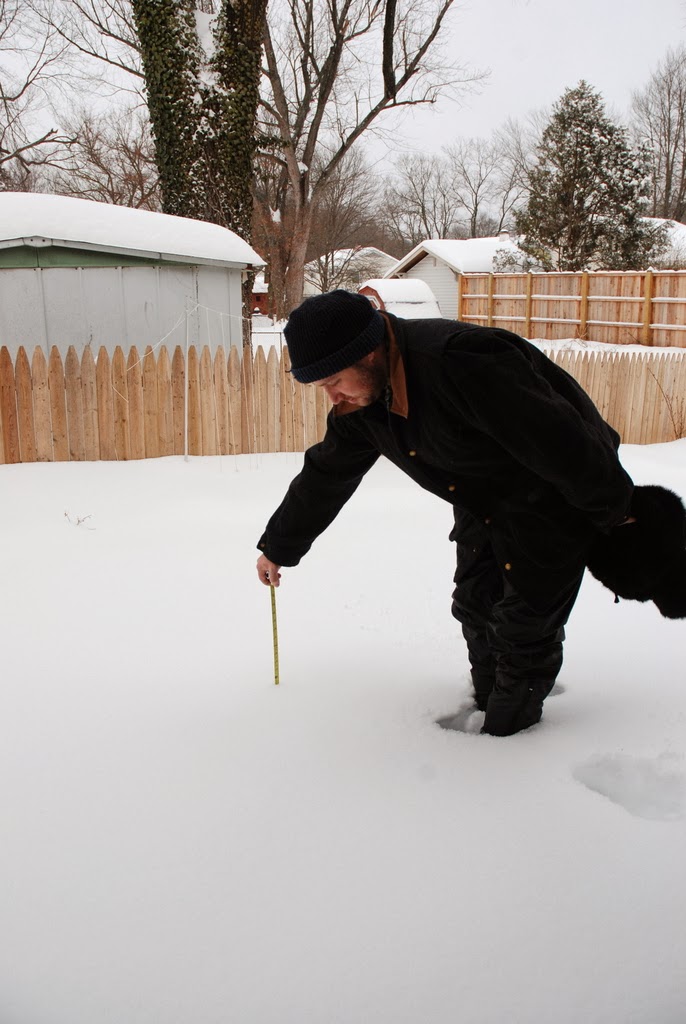 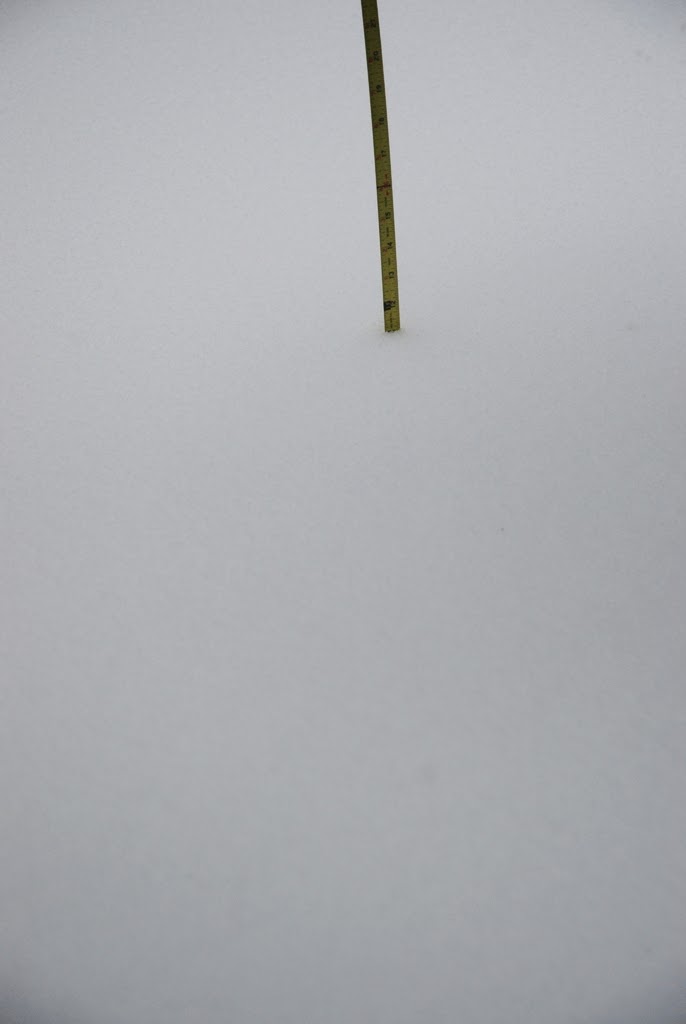 And here's Terry washing his fur hat in the snow as instructed when he bought it in Russia. 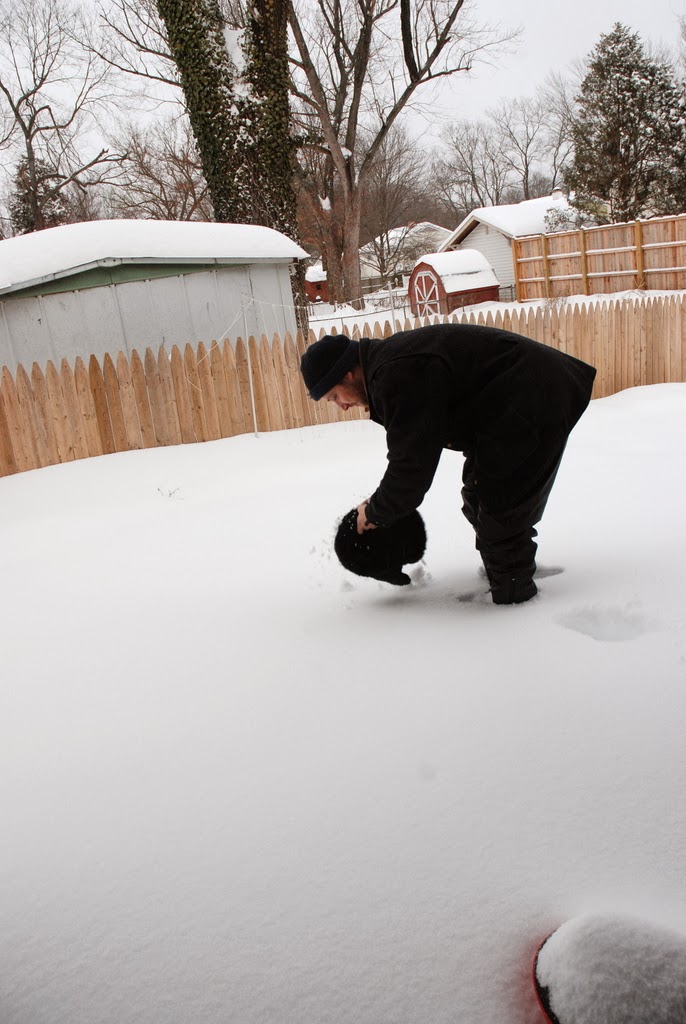 And the children playing in the snow, in the hour or so during which Alex was feeling fine. 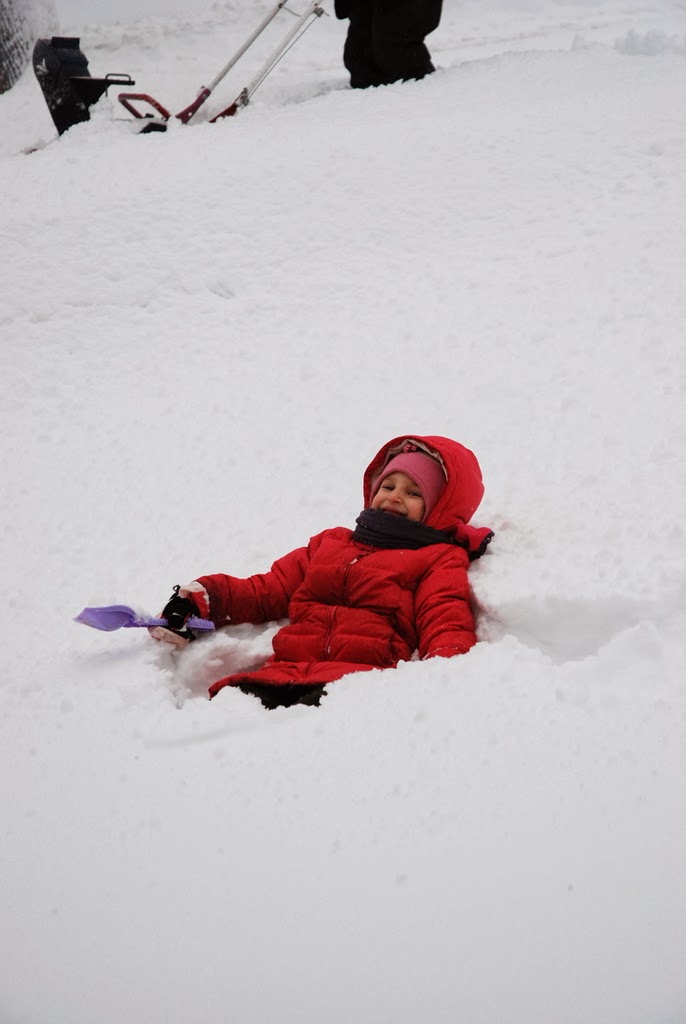 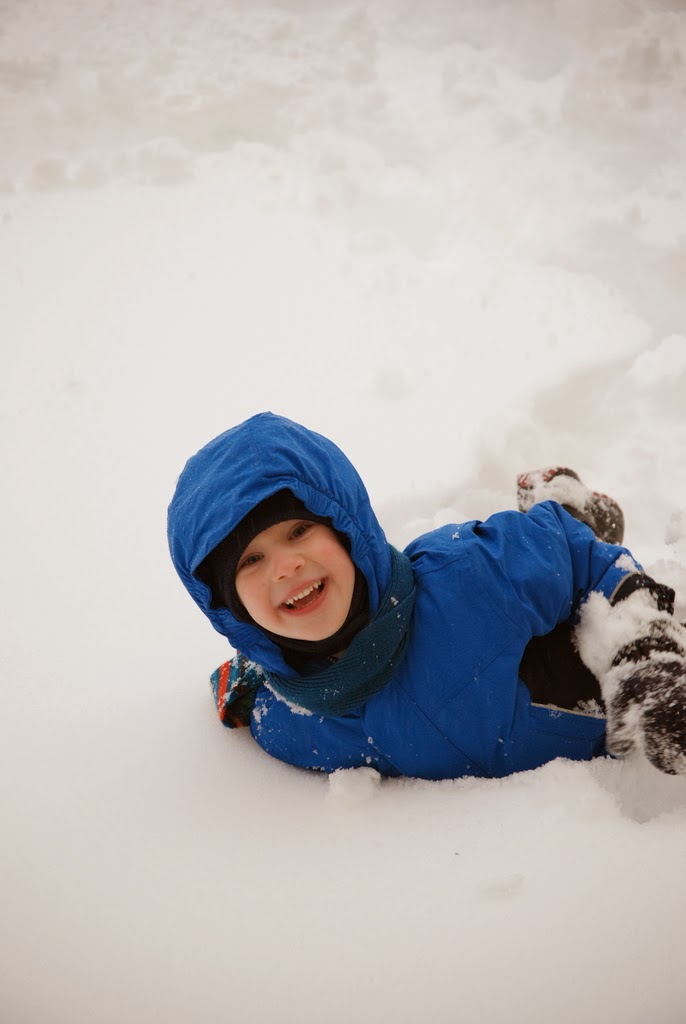