Most parents around here who have been have raved about this museum. It's one of the few in the DC area you have to pay to go to ... but then there was a Certifikid coupon ... and cue up our family outing.

We didn't realize that the parking meters near the museum would be 2h limit even on a Saturday, and we hadn't brought quarters. The museum shop will give you quarters but only $2, which will last one hour. It turned out the meter we parked at was broken, only discovered after feeding several quarters into it, and a parking enforcement guy happened by just as this was going on and told us what we could do (call a number on the meter, give them the code for the meter and get a confirmation code back - then we could park free for 2 hours ... or rather, park for the cost of the quarters we'd already put in)

I do now see why the reviews by single adults are not as enthusiastic as the heaps of praise given by parents. There are a few interesting exhibits about building stuff. We poked into the current exhibit about Los Angeles and some of the architecture and infrastructure projects over the last 60 or so years. The rest of the time we played.

There's a room with various types and sizes of building blocks. Some are small enough to put together on the very large light up from below table (pretty cool). The chairs are made of the same sturdy foam and have some of the shapes of the pieces. 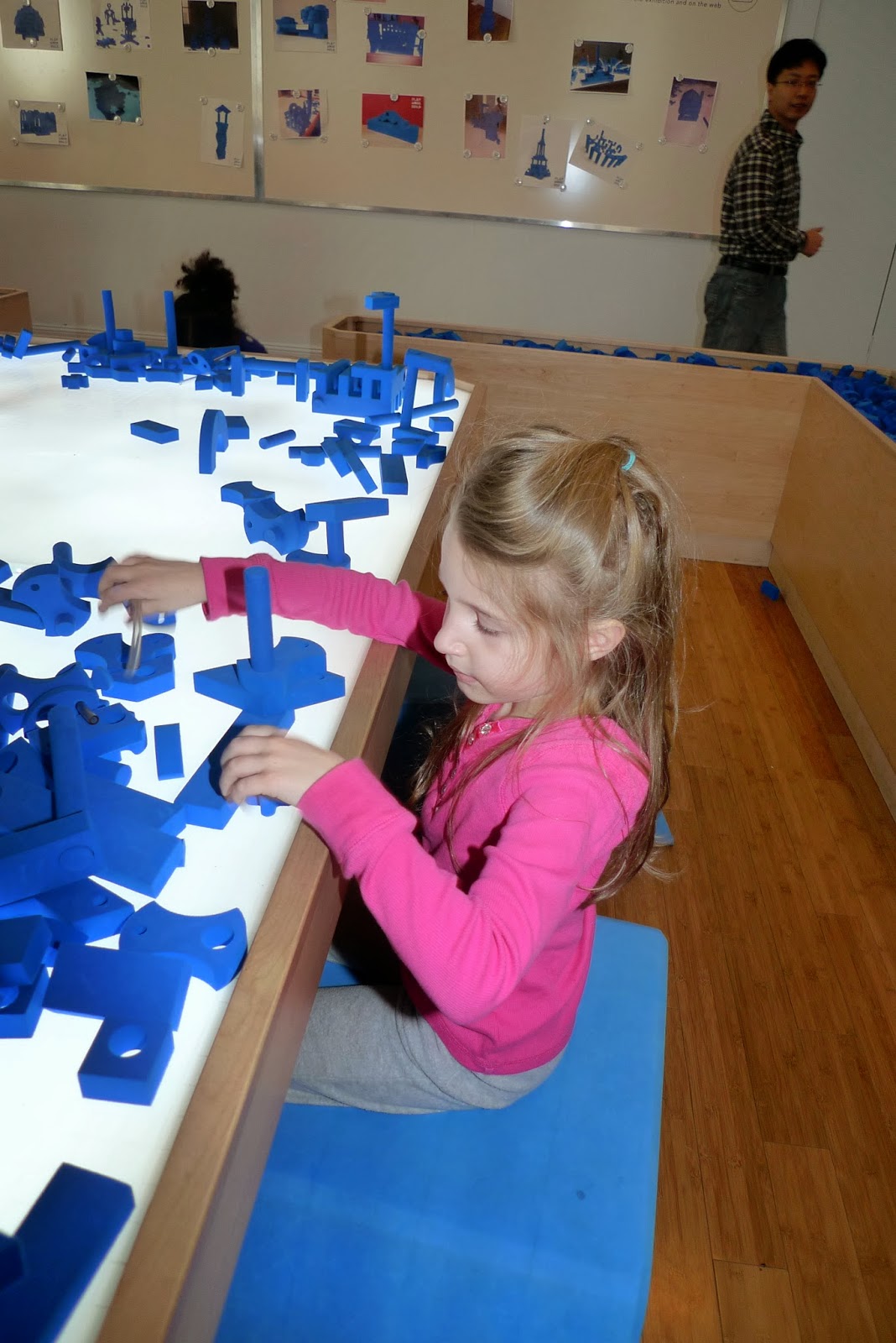 Then there were the much larger, almost child size pieces wherein Alex built herself a little house to hide in. Around the room are showcases of various types of building blocks on the market in various parts of the world over the last century or so. 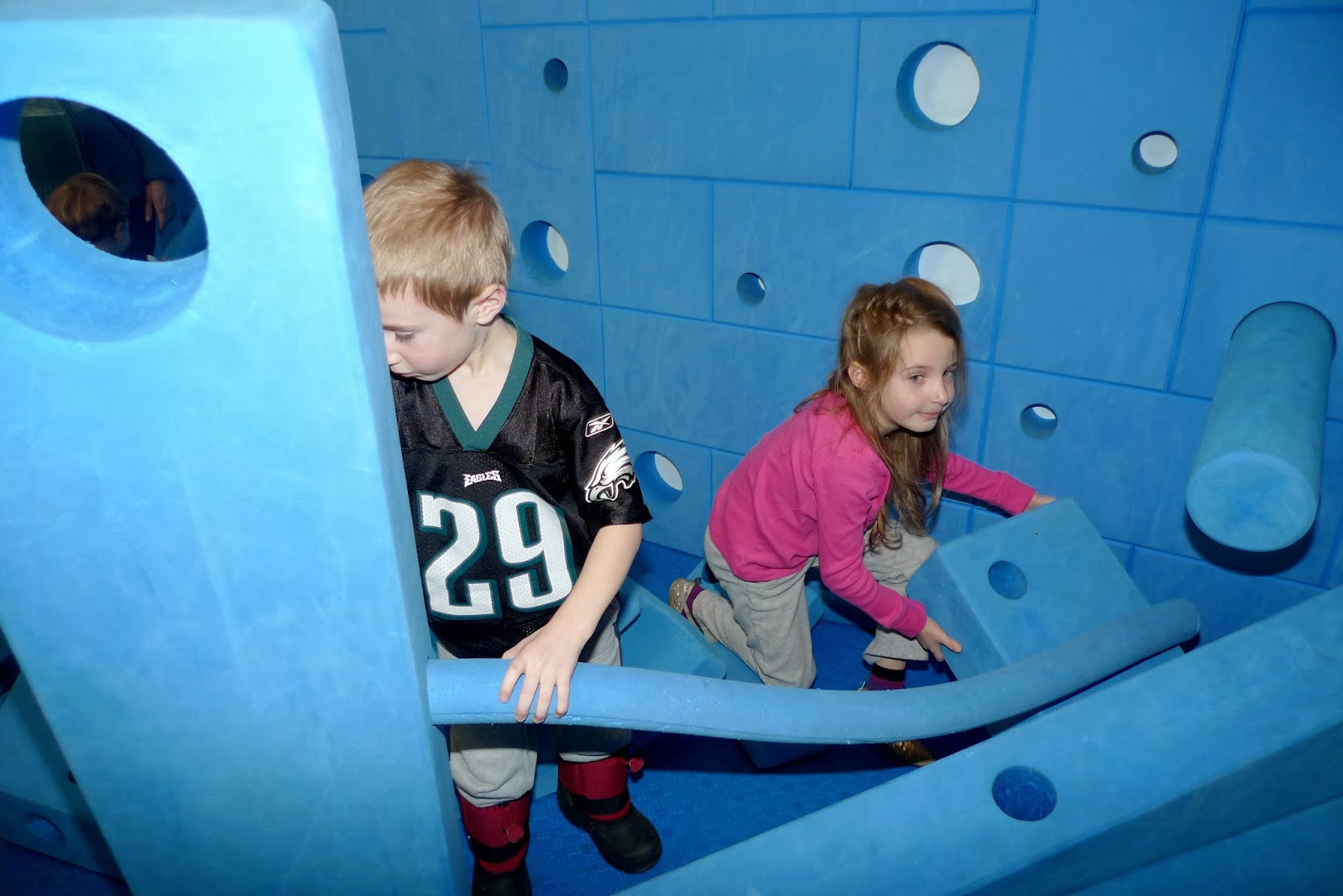 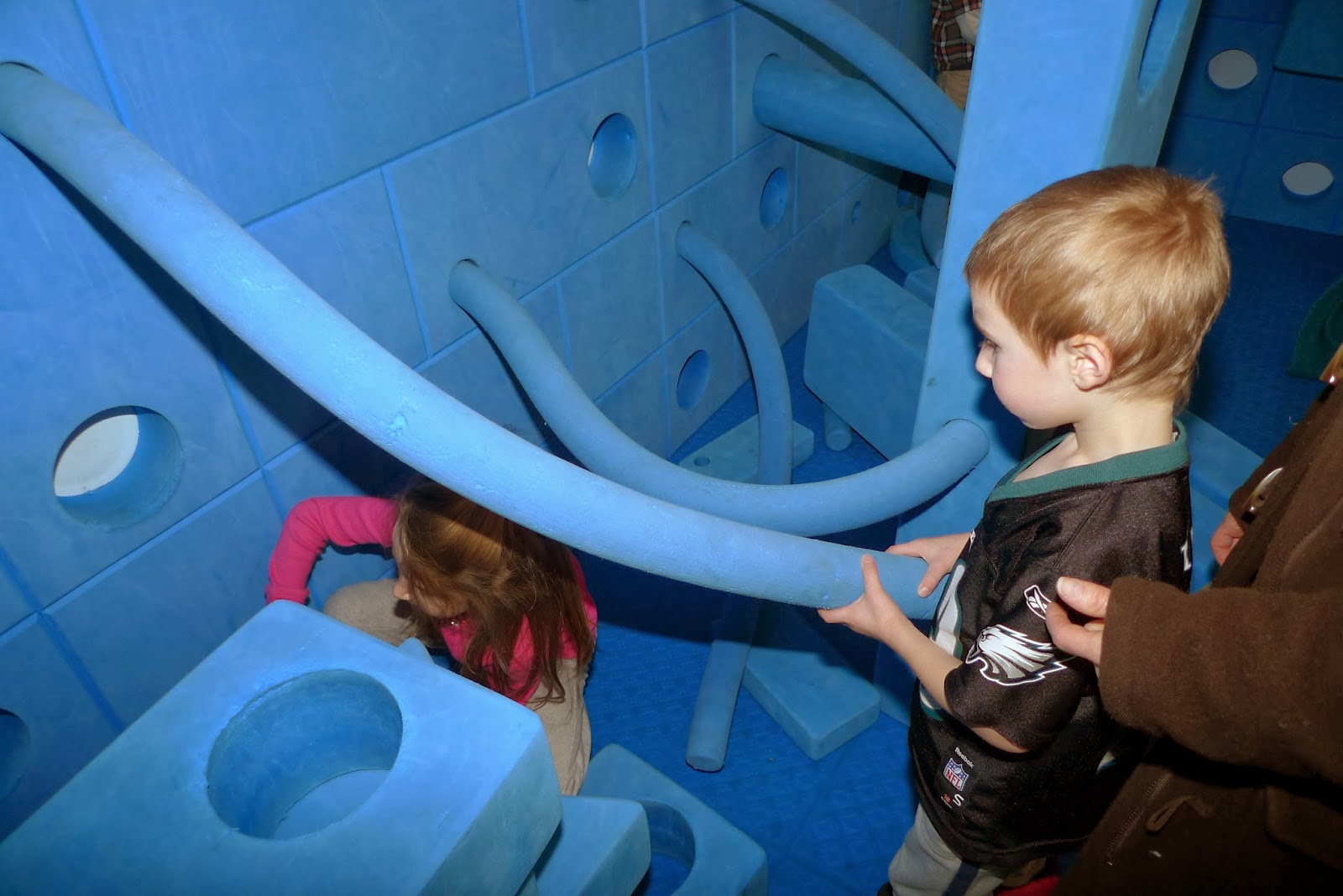 The Building Zone is only for children ages 6 and under, so this will be our last and only year. Tickets to this room are included in admission but you get a specific time you can go and only get  45 minutes to be there. The kids loved it. There's a mini house decked out with a kitchen, living room area etc. There's a slew of costumes of various professions (it took a bit to get Zoltan out of the fireman jacket), a train table, a car carpet, various forms of building objects like Magna-tiles, soft foam blocks, plenty of enormous Legos - the kids and Terry built a house here too. 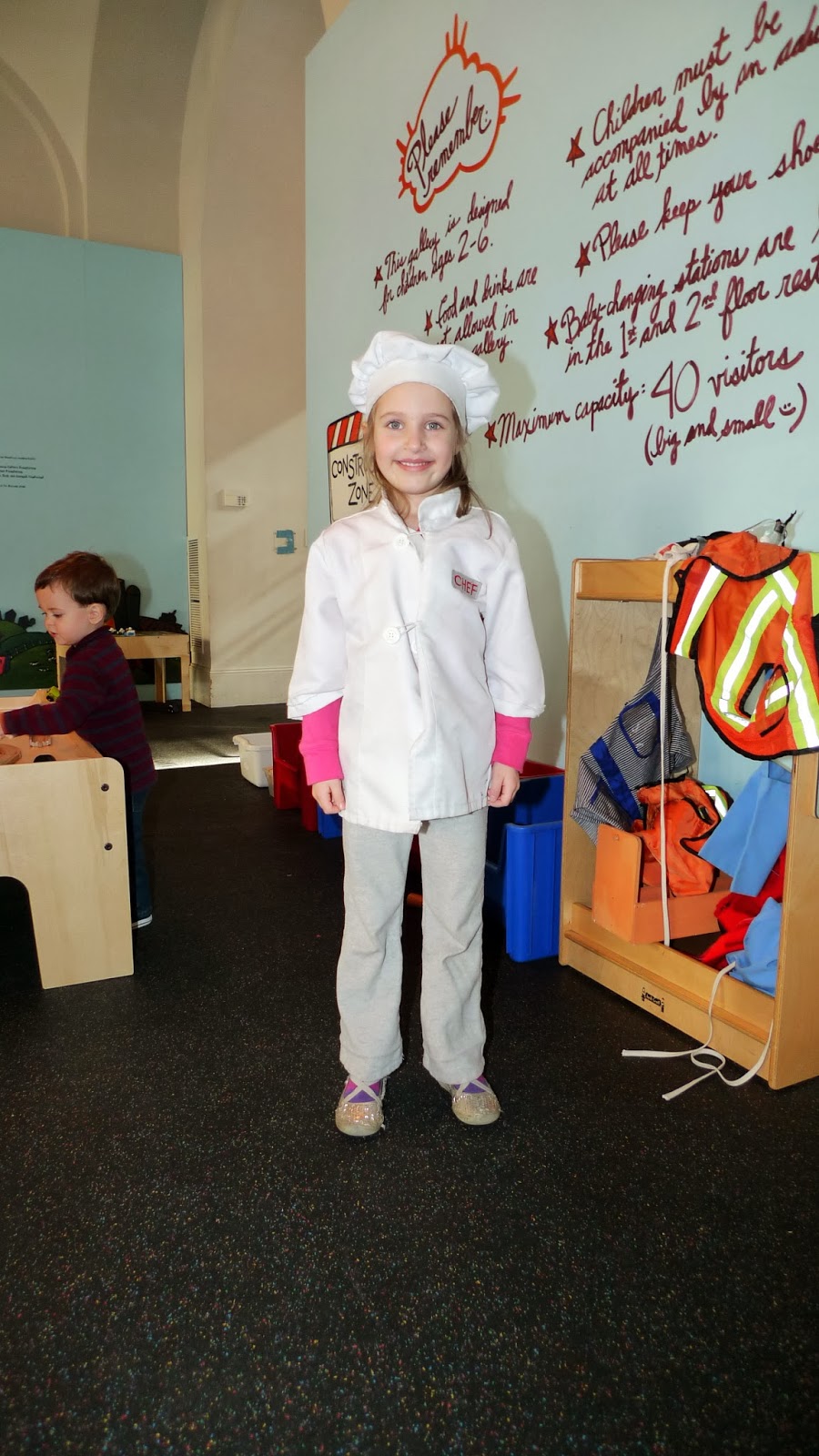 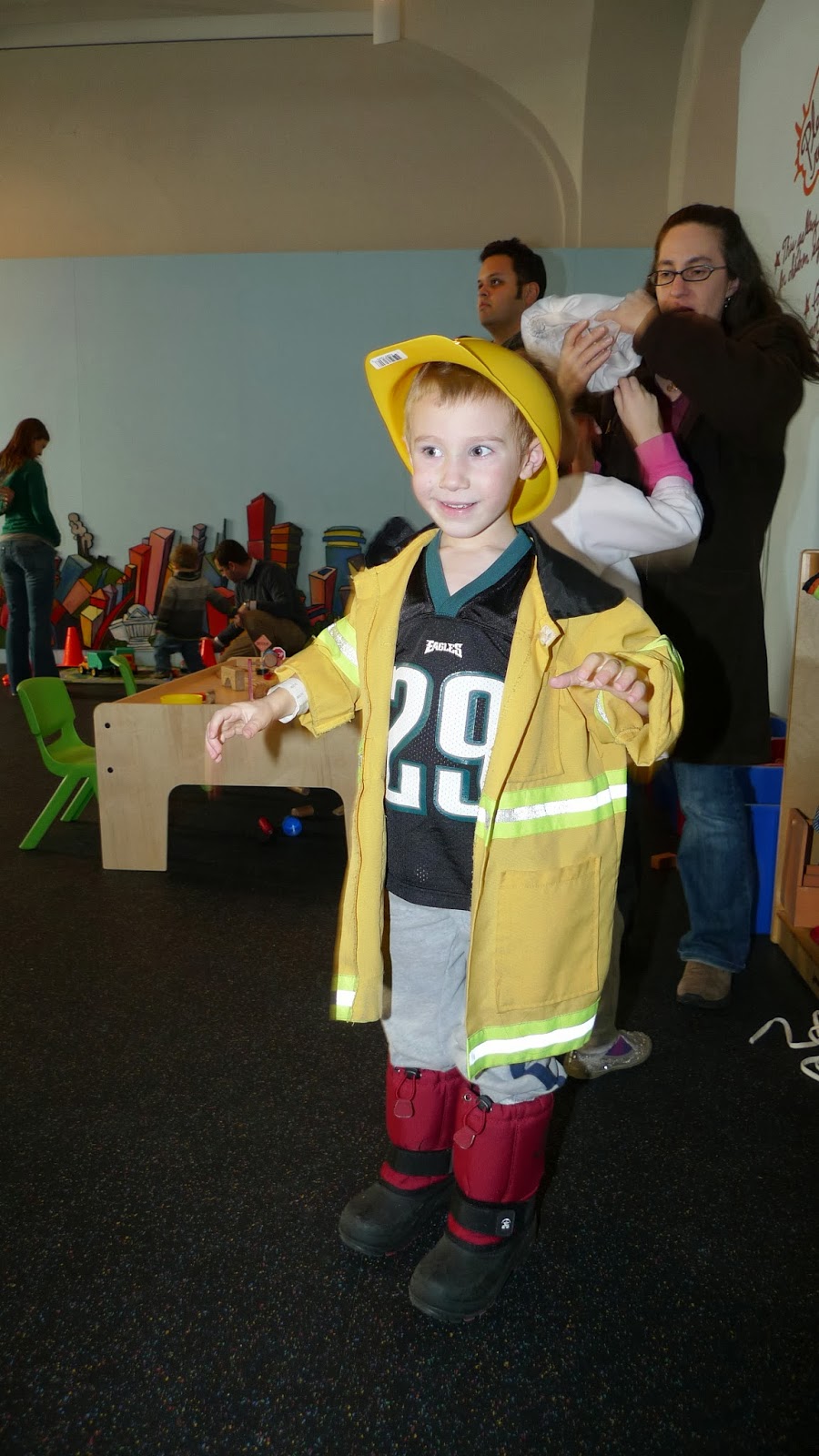 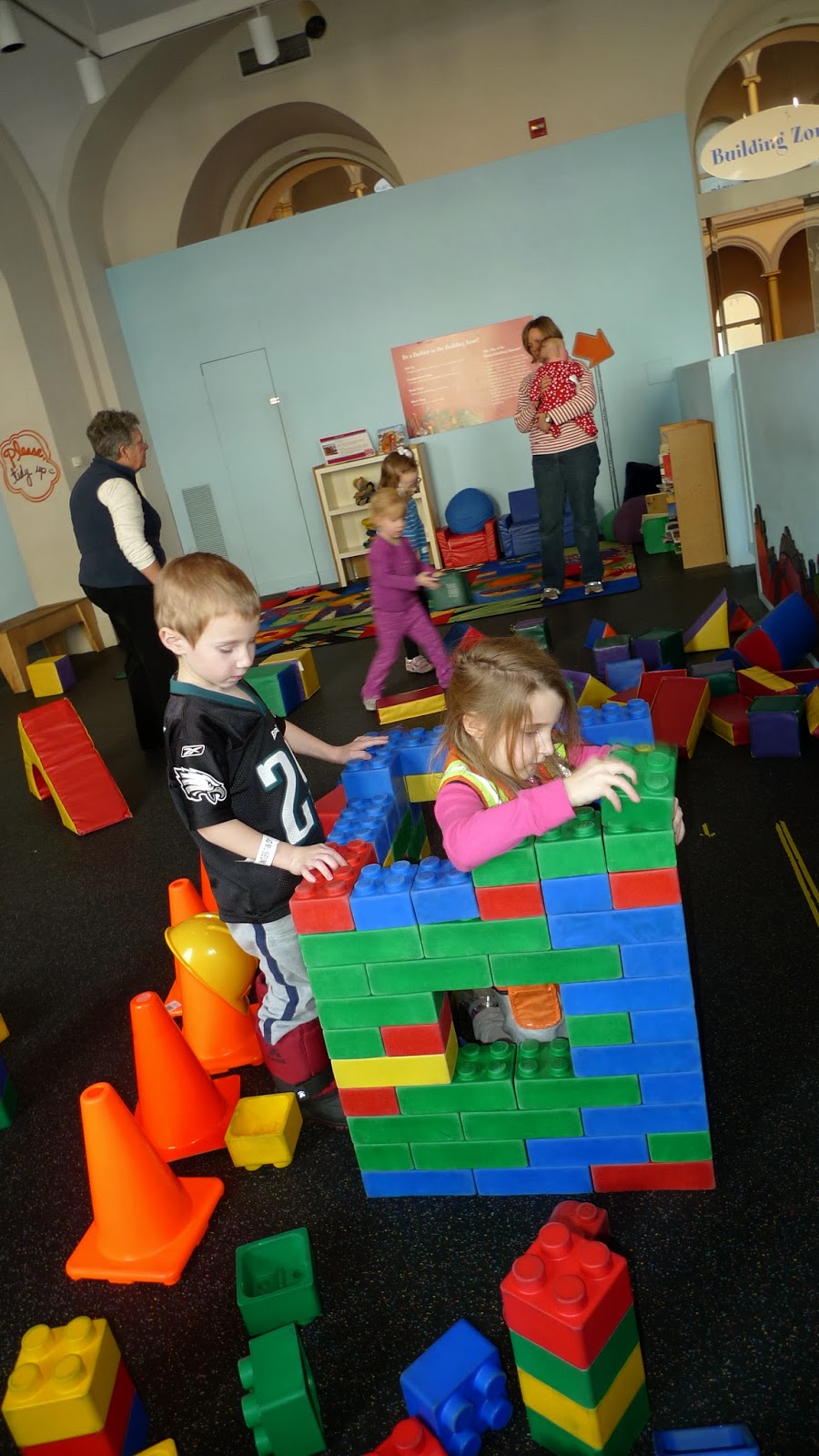 There's a reading nook with (almost) all books about building and construction. 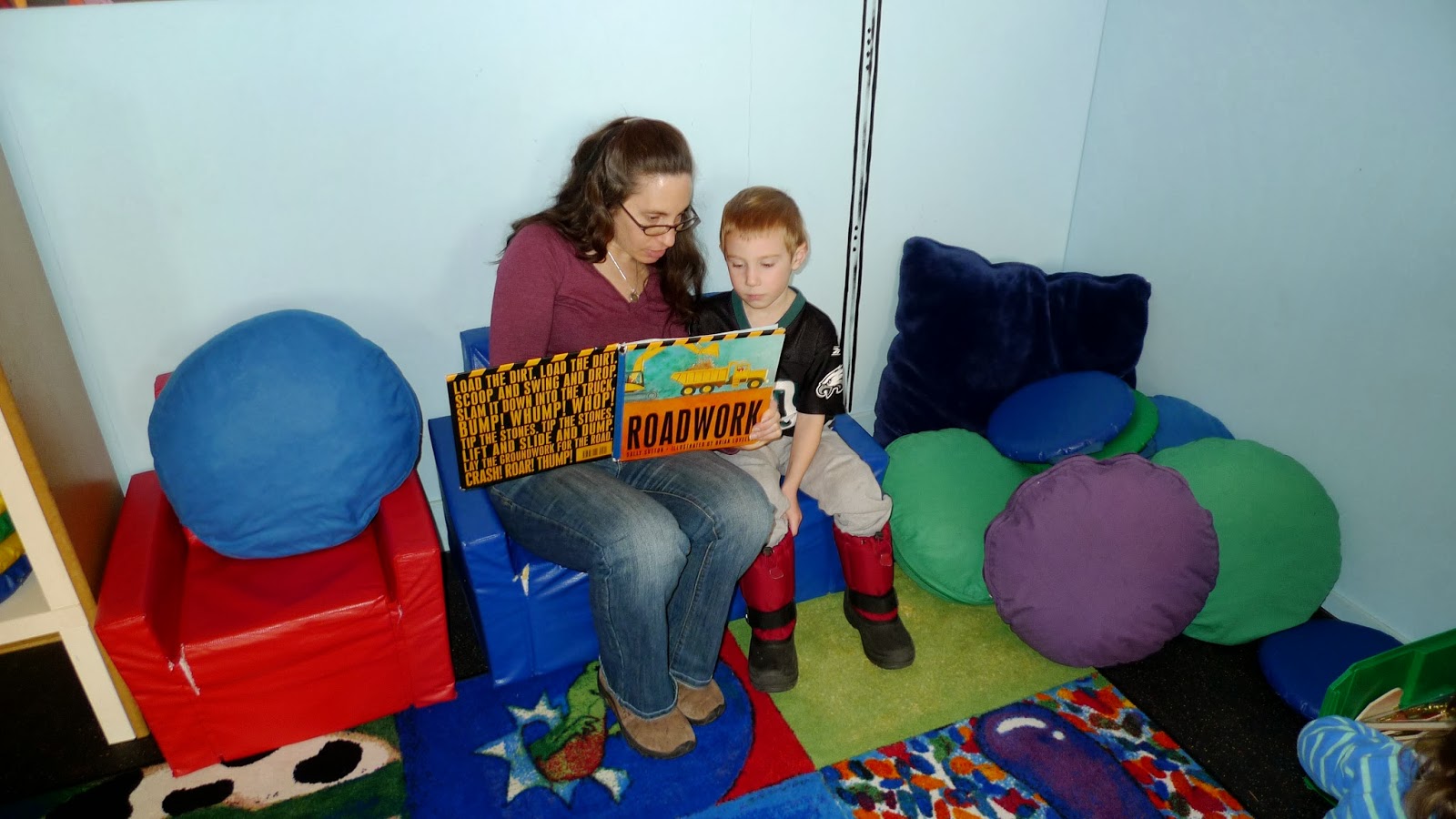 In short, 45 minutes is barely enough time but I like that they restrict the numbers so all kids can easily get to all activities. When we got home, both kids napped for 2 hours. Verdict? Yeah, we'll go back for sure.
Posted by Lynne at 9:00 AM