This year we have a membership to the Russian Museum. Between its physical convenience (30 minutes walking, or 25 minutes by metro/walking) and its convenient hours (open Mondays,the only major museum here to do so) it's been a fabulous thing to have.

The Russian Museum is technically comprised of 4 buildings and the Summer Garden (which is, for now, still free). Several times a year after the museums close for the night, Members are invited for an evening of art, music, food and drink.

This month we went to the Marble Palace, one of the buildings in which we'd never yet been. Just walking up was a sight, there's a good amount of marble on the facade. The evening featured a temporary exhibit so we didn't get to see many of the palatial rooms, but that just leaves something to go back for.  The exhibit was very modern, which was an interesting contrast to the 200-ish year old surroundings.

My favorite part was this glass sculpture that emitted tones as people moved around it or touched it. I am sad to say that I forgot to take photos of it.
There was a sign like this on the pedestal:

And then hand written on the wall, in both English and Russia, with an arrow pointing to the sculpture, said "Please feel free to touch the glass."

So of course people touched it. And the dejournaya came and yelled at them for touching it.It was a bit like slapstick comedy.

We ran into a friend there, and when we went to find the bathroom she was at the garderobe (next to the bathrooms) getting her coat and offered us a ride, so we didn't stay for the lavish display of hors d'oeuvres that people were just starting to crowd around when we left the room, but they looked numerous and delicious and I hope the next evening will have a similar spread and we'll have to try it.

Instead, we hit Il Patio, which is a chain restaurant we visited for the very first time only about a year ago and now frequently return to because their pizzas are pretty good and the Caesar salad tastes just like a Caesar salad. I became a bit pre-melancholy about our return to the USA and the expense of housing and the 6 months we'll be living on one salary. We won't be able to have museum memberships or pay for a babysitter for a night out, or even logistically be able to go out on a Tuesday with the length of our commutes and the very shortened time we'll have with our children on a daily basis (as compared to now with our 15 minutes - 20 if we're feeling lazy - walk to the Consulate).

If the photos pass Terry's muster, we'll post some of the photos from the evening .... some day .... after he gets through all the Finland photos. 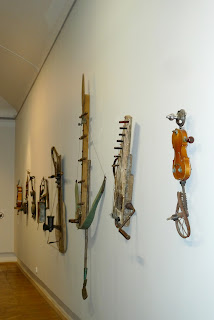 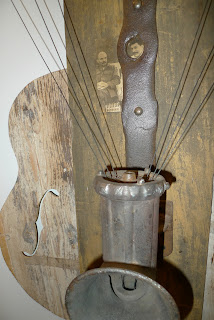 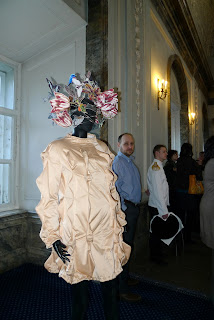 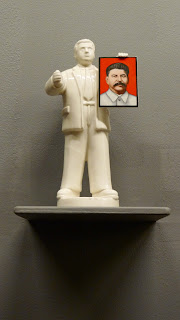 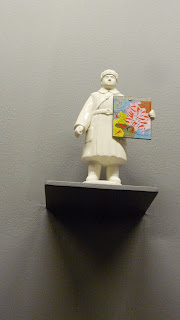 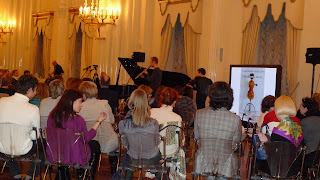