On March 22, otherwise known as Nauryz in Kazakhstan and a few other countries, we went to see how they celebrate.  We had gotten some advice of where the celebrations would be and headed over there.  I was a little surprised that it wasn't more crowded, although it threatened and finally did rain.


There were the traditional swings 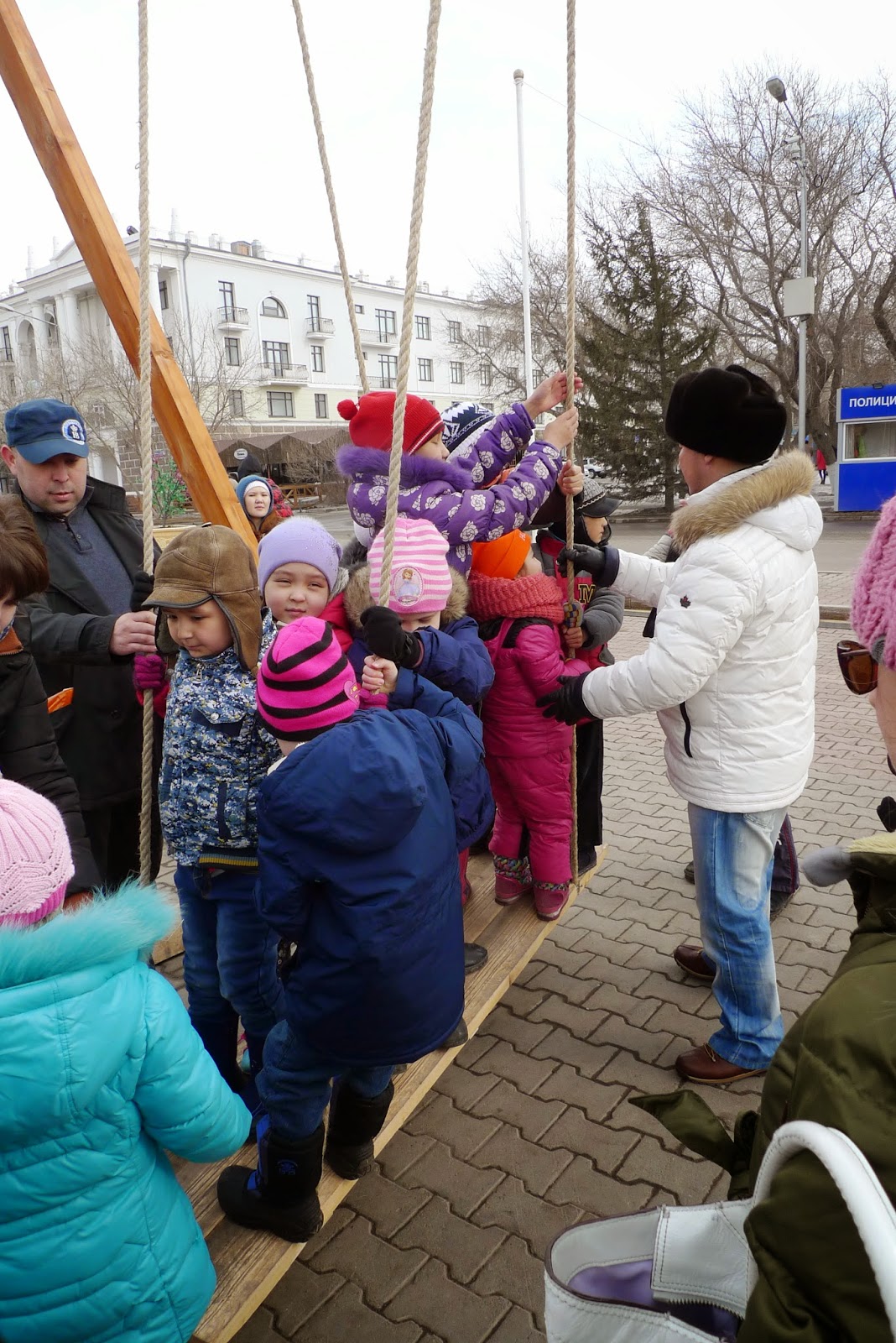 Yurts - it appeared as though different groups/organizations each decorated a yurt and then the public was invited in to check it out. I so want a yurt. Terry says we have nowhere to put one. I don't see where logic fits into this conversation. 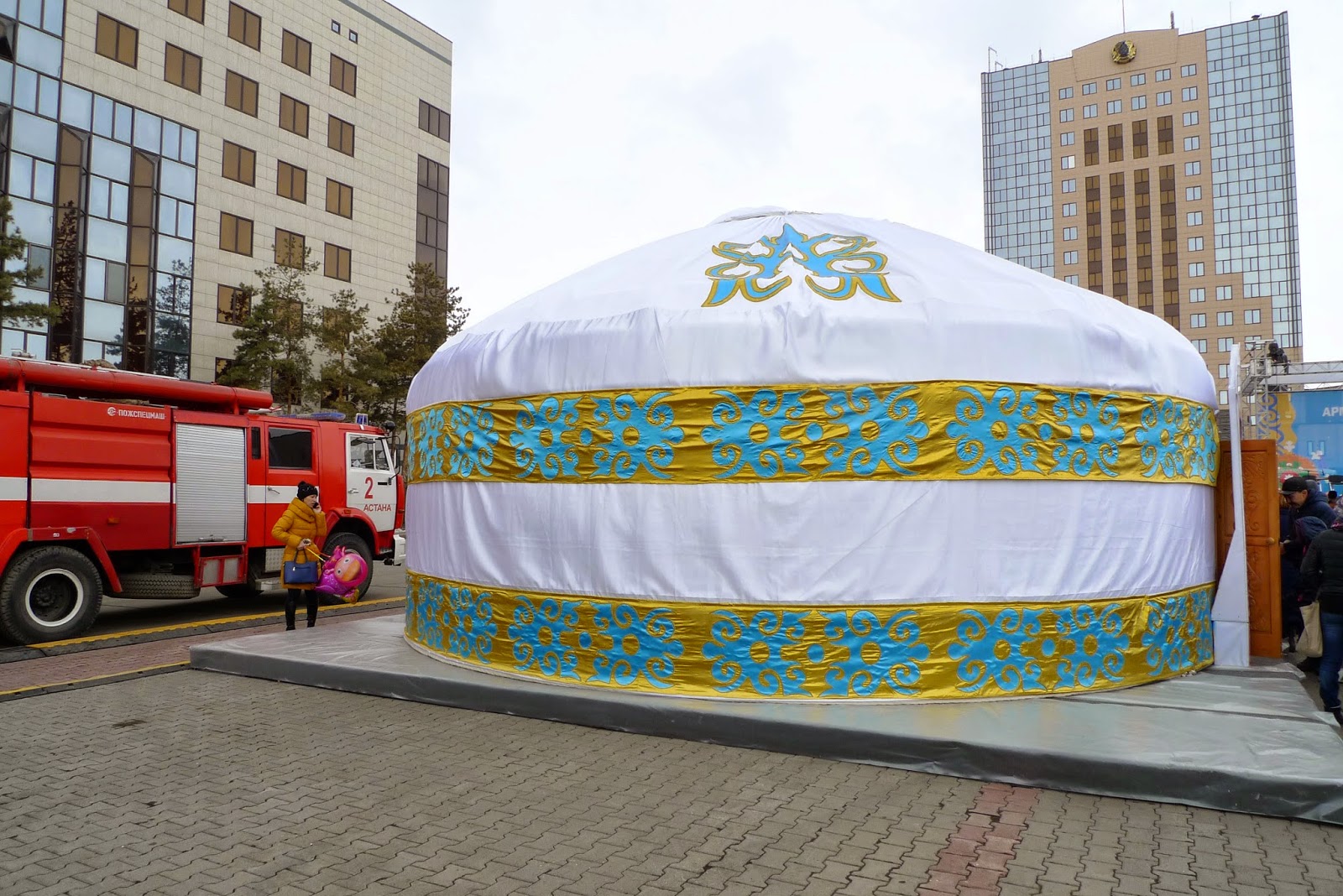 We popped inside for lunch and it was raining when we came out. We popped into Congress Hall for the exhibition but it seemed to be the same kind of market as any other day.  We did linger at the honey stall, though, and brought home some treats.
Posted by Lynne at 12:03 PM