Our new Consul General invited the Consulate to accompany him on a tour of Lenfilm back in December. Lenfilm, for those who don't know (I didn't) is a film studio in Petersburg that was basically Russian Hollywood. Every important movie was filmed there, and even actresses such as Elizabeth Taylor and Jane Fonda came through a few times. The studio only shoots about one movie a year itself, but its space, sets, props etc are used continually by other studios.


Terry can probably add more but I'll just finish with a few photos of the place. 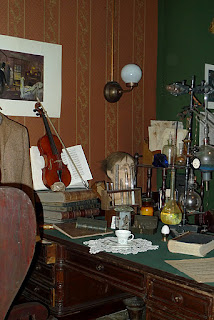 The set of Sherlock Holmes (his study of course) 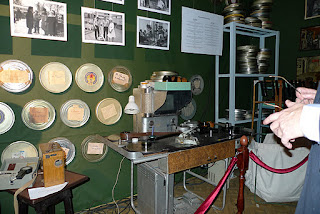 Props, for when you need just the right old typewriter
Posted by Lynne at 11:20 AM